The Treasures of Spectacle Island 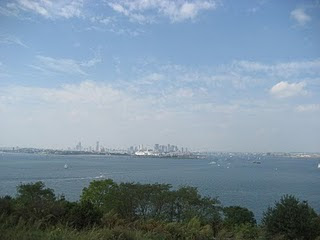 Starting off as a cloudy morning, Saturday turned into a beautiful day! On Saturday, 25th 2010 me and other friends of Save the Harbor/Save the Bay went on an adventure to . We started the day off gathering around the dock where , one of the original founders of Save the Harbor/ Save the Bay gave an brief speech about the trip and soon after we were off!

With the help of AC cruise lines we reached our destination in no time and all the families were off exploring! I was surprised at how much there was to do at the . While I was on the beach I met one family who were keeping themselves entertained by burying each other! As I walked around I met another family, The Bee’s that were enjoying running around and playing ball. It was also a perfect day to fly kites which many families were doing. It was so nice to see families and especially the kids enjoy themselves and just having fun

This was my very first time at and I fell in love with it! The island is so beautiful and well maintained. After taking time to grab a quick snack from the summer shack, me and some of the Save the Harbor crew went on a hike to the top of the island. No being an avid hiker, I was worried I would not make it to the top! To my surprise the hike was not difficult but very relaxing. On the way to the top, it was fascinating to learn about the history and facts about the island. The view of the city line from the top of the island was AMAZING! Can you believe that this island was once a trash dump?

Despite only being less then a 20 minute boat ride from is truly a hidden gem. For those who do not know any thing about here is a brief history: It is believed that Native Americans used the island for fishing starting around 600 A.D. In the 1600s Europeans used the island as a source for firewood along with making it a smallpox quarantine. In 1857 a horse rendering plant was built which was followed by a city trash incinerator that was active till 1935. The island then became a trash dumb till the 1990s. It was when the infamous big dig started that things started to change for this smelly island. The dirt that was excavated from the dig was shipped off to which was used to resurface the island. With thousands of trees planted and paths created the island opened up to the public in 2006. You can find all sorts of treasures on the two beaches located on the island left over from its days of being a trash dump. I found all this information on the island from the national park service's website so check it out!

Now that it is starting to get cold I am not sure I will get out to until next spring but am so thankful I had the opportunity to explore the island on what can only be described as a perfect fall day. was truly captivating and I cannot wait to get a chance to explore all the ! To find out about other great events like this check out our Boston Harbor events and activities facebook page! 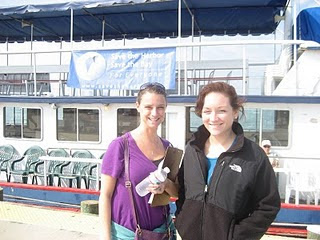 SUMMER ISN'T OVER AT NANTASKET BEACH

The Endless Summer Waterfront Festival Down in Hull we try our hardest to keep summer rolling along on Nantasket Beach until our big festival Saturday September 25th from noon-6pm. With help from SHSB we were able to produce our tv commercial with hopes that it will bring you all to Nantasket for a final summer party