Seals of Approval for our Marine Mammal Safari!

After a fairly mild winter (and a freezing but fun Cupid Splash in March!) it's finally Spring on the Harbor -- and we couldn't be more excited for the season ahead! And what better way to kick it off our spring and summer programs than free boat trips for kids and families out on Boston Harbor? 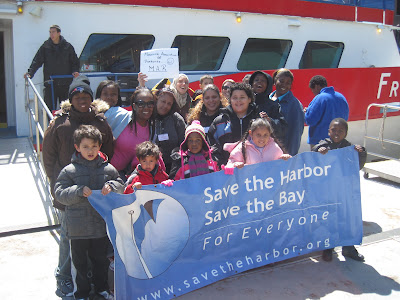 This past Saturday, April 28th, Save the Harbor / Save the Bay took boatloads of kids, families, and community groups out on our annual Marine Mammal Safari to search for the harbor seals and porpoises that make Boston Harbor their home every Spring. We took 2 three-hour trips out past Deer Island, Spectacle Island, and Georges Island, around the Brewsters, and past Boston light, learning about each location as we went. We had truly gorgeous weather all day, and there were exciting seal sightings on both trips! 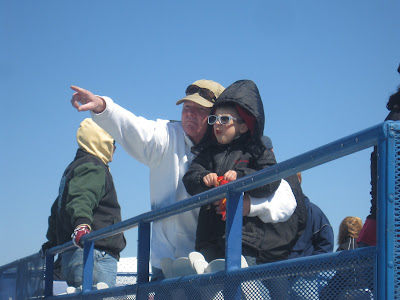 Out of several different seal sightings that morning, I'd say that the first boat's highlight of the day was a pair of harbor seals hauled out on the rocks off of Georges Island, lounging in the beautiful weather. We were having a nice, relaxing morning on deck, warmed by the sun, and the seals were doing the same! The second boat of the day saw some seals off of Gallops Island as they rounded Georges Island. The four porpoises that reportedly have been spending the past few weeks in the Harbor seemed to have eluded us. Keep an eye out for them when you're out on the water in the next few weeks, because they're around here somewhere-- and the kids had a great time searching for them anyway! Porpoises aside, with so many seal sightings, everyone on board both trips got to see some marine mammals, making this another successful year for the Marine Mammal Safaris, which we have been running since 1998. 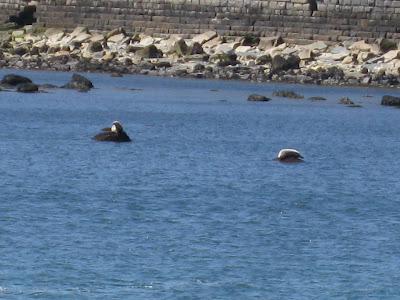 Families and groups joined us from all over the city, including Dorchester, Hyde Park, Mattapan, East Boston and South Boston-- and we even had the Urban Scholars program at UMass and a group of students and professors from Boston University join us as well! We had families from outside Boston hop aboard the boat, too-- from Chelsea, Malden, Gardner, Stoughton, Lynn, Melrose, and more. And one family of five joined us from France, getting to see Boston Harbor and it's environment as most tourists don't have the chance to do. We truly had people aboard from all over the city, region, and world! 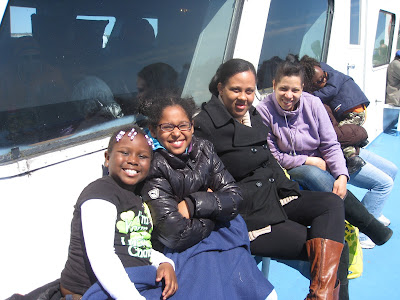 Many thanks to Massachusetts Bay Lines for their continued support of the Marine Mammal Safari trips, as well as our sponsors at Gillette, State Street Foundation, John Hancock, JetBlue, and National Grid for making these trips possible. We're so proud to be able to bring so many kids and families closer to Boston Harbor and its marine life each spring, and I personally love to see so many kids as excited about spending a day out on the water when they board the boat as when they depart. It really got me excited for our All Access Boston Harbor program this summer, when we'll be hosting similar trips for youth groups to Spectacle Island and Georges Island for four days a week in July and August! Contact me at palermino@savetheharbor.org if your group wants to find out more!

Thanks to everyone who joined us. We'll see you all on the Harbor this spring and summer!