On Wednesday, September 17th, 80 employees from Blue Cross Blue Shield joined Save the Harbor/ Save the Bay in South Boston for its 4th annual day of service. 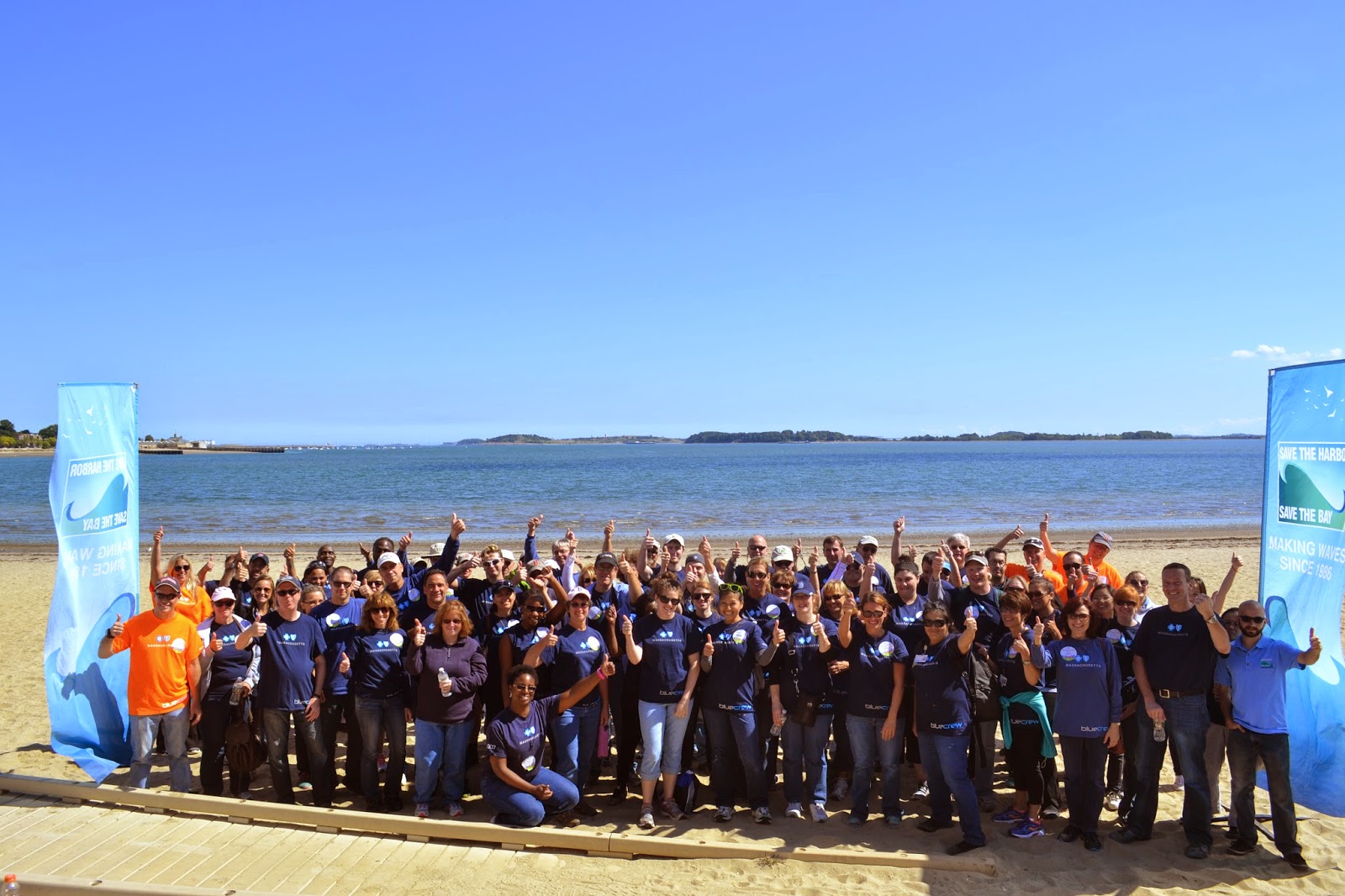 The “Blue Crew” were part of a statewide corporate service day in which teams participate in various community service projects to help give back to the Massachusetts communities.

Site coordinator, Jay Stack, led the efforts of the 80 Blue Cross Blue Shield employees in South Boston at Carson Beach, M Street Beach, and K Street Beach in partnership with the Massachusetts Department of Conservation and Recreation and Save the Harbor/ Save the Bay staff.  South Boston’s eight teams accomplished a great deal of work throughout the day from Pleasure Bay to the McCormack Bath House removing weeds and overgrowth, trimming hedges, painting shade shelters, and returning sand back to the beaches.

Their efforts were most apparent along M Street Beach where the crews worked tirelessly to shovel, sweep, and blow the sand over the wall and back onto the beach. Additionally, at K Street Beach where invasive overgrowth along the Curley Community Center was manually removed and a large amount of debris was collected.

Laura Torino, a second-year participant, worked hard removing weeds and debris from Carson Beach. “I live in Quincy and I truly enjoy visiting Boston’s beaches in my spare time,” she said.  “I feel this was a great opportunity to give something back to the community and help keep Boston’s beaches in their beautiful state.”

By the end of the day the “Blue Crew” removed three truckloads of brush and debris, painted 19 shade shelters, and removed an immense amount of sand from outside M Street Beach.

Bruce Berman, Director of Strategy, Communications, and Programs at Save the Harbor/ Save the Bay, was impressed with what the “Blue Crew” had accomplished in such a short amount of time. “We are glad to have Blue Cross Blue Shield as a partner for their day of service,” he said. “We value their continued support and commitment to our community and mission to protect the Boston Harbor and its surrounding beaches.”

Thank you to everyone who took part in this great event on the beaches of South Boston. All of us at Save the Harbor/ Save the Bay appreciate your hard work and dedication to our mission and our community.