Congratulations to North Quincy resident Sean Harvey, who won a roundtrip ticket from JetBlue to any domestic destination they serve from Boston’s Logan Airport in Save the Harbor/Save the Bay and JetBlue’s 3rd annual “Simply Marble-ous” Treasure Hunt. 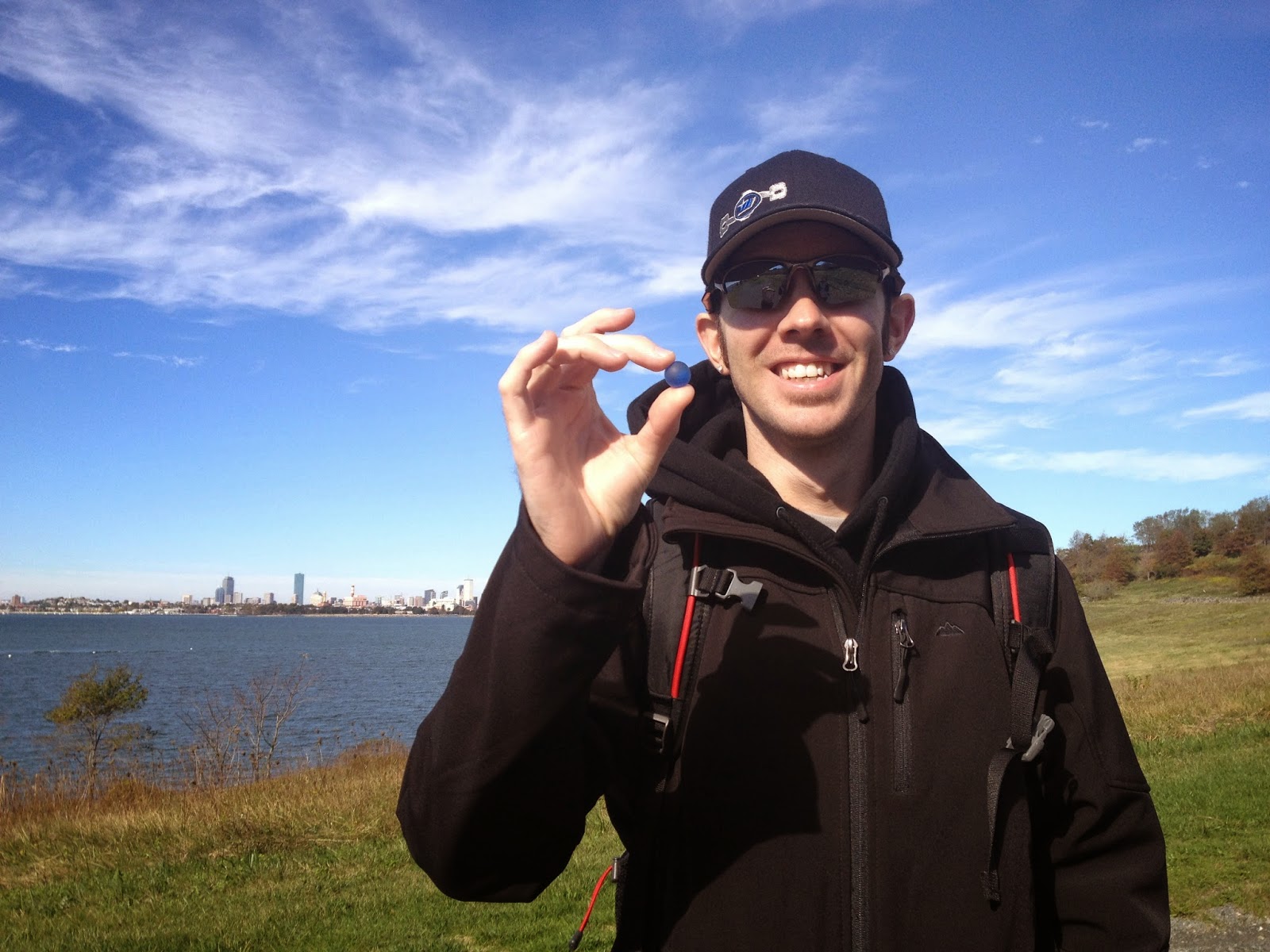 Sean found his marble on Spectacle Island with his fiancé Maria Melas during Save the Harbor’s final free fall cruise of 2014. Sean is a Graphic Designer who moved to North Quincy five years ago. He will be using his JetBlue ticket to visit his wife’s sister in Santa Monica!

“Maria and I live just a short walk from Wollaston Beach in Quincy because we both love the beach, the harbor and the harbor islands. Thanks to Save the Harbor and JetBlue, our trip to Spectacle Island was an experience we will always remember.”

Sean is the second winner in this year’s Simply Marble-ous Treasure Hunt for more than 500 marbles hidden on Boston area beaches from Nahant to Nantasket. The first winner was Tiffany Wallace-Buckley, who found her marble on Carson Beach in South Boston with her seven-year-old daughter during the South Boston Neighborhood House Family Fun Night.

The "Simply Marble-ous" Treasure Hunt began in 2012 on the beaches of South Boston with a beach clean up sponsored by JetBlue in partnership Save the Harbor. In just a few short hours, more than 100 people did 5 weeks worth of work cleaning up the beaches. At the end of the day, the participants released their marbles into the water for Boston beach-goers to find. 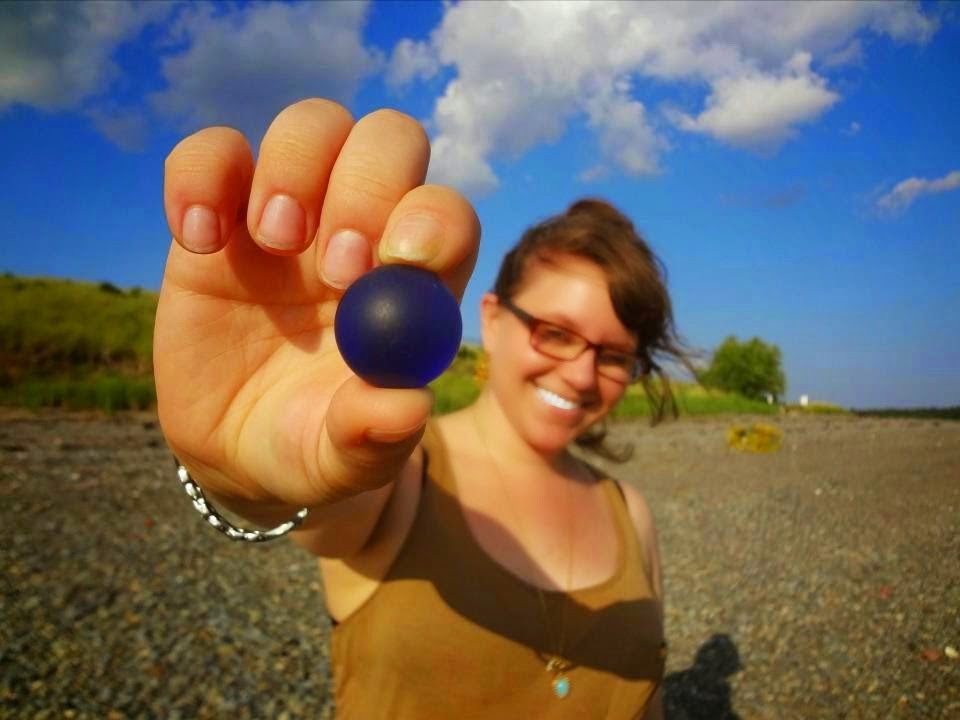 “The Simply Marble-ous Treasure Hunt is a favorite among JetBlue’s more than 2,500 crewmembers in Boston, many of whom volunteer locally for a variety of worthy causes including Save The Harbor/Save The Bay” said Ronda Ivy McLeod, Manager of Regional Marketing, Northeast at JetBlue. “The treasure hunt exemplifies our fun value, while also highlighting our commitment to the city of Boston.”

Bruce Berman, Director of Communications at Save the Harbor/ Save the Bay said, “At Save the Harbor we’re always looking for ways to get people to take a fresh look at the Boston Harbor. JetBlue’s support helps to make that possible. One of the reasons this event is such a success is because JetBlue is such a great partner. Fun is one of their core values, which you can see that in the way they treat their community partners, employees and customers.”

While this year’s contest is over, Save the Harbor has already begun to plan for next year’s Simply Marble-ous Treasure Hunt, which begins on Memorial Day weekend, so stay tuned! 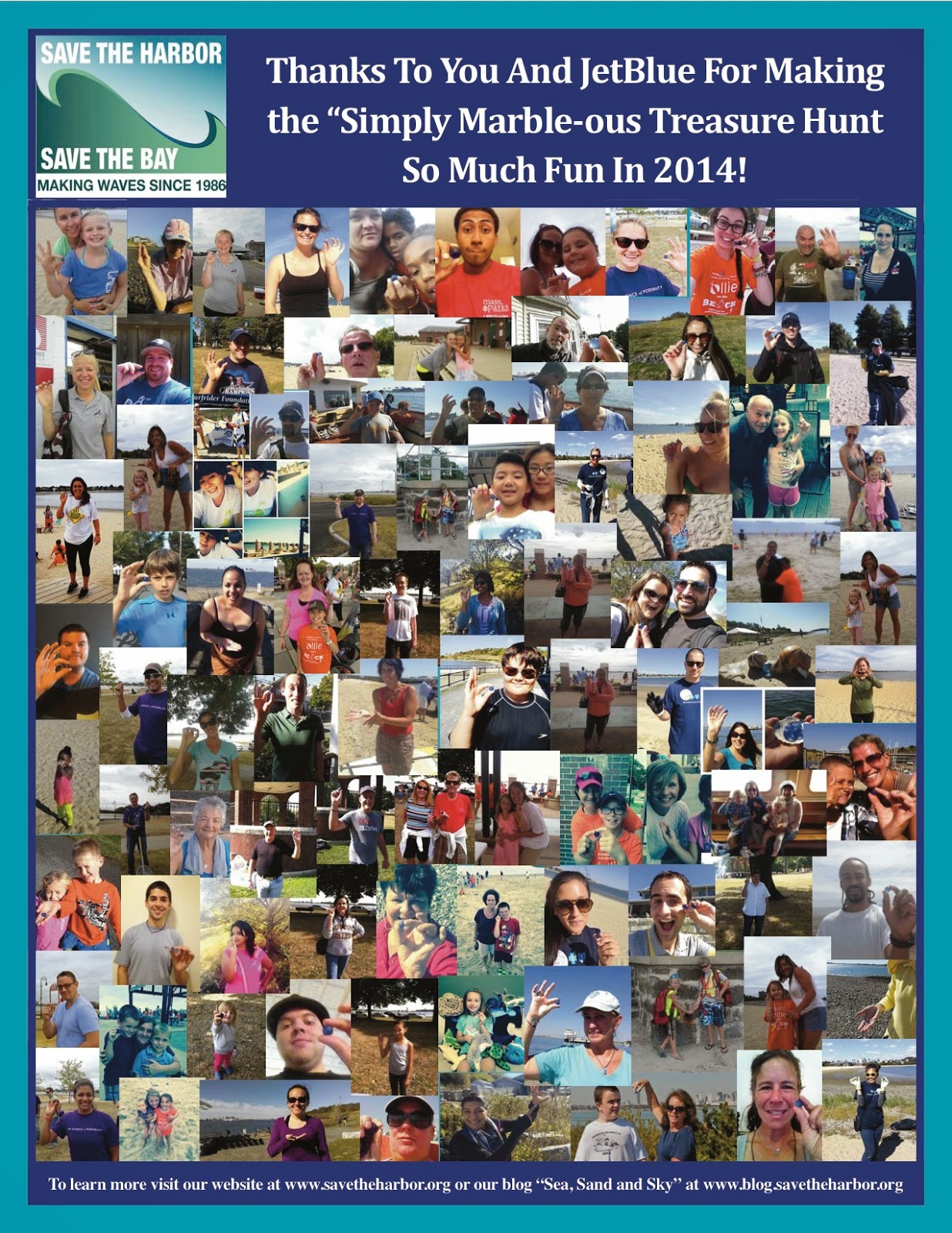 For more information about the "Simply Marble-ous Treasure Hunt" and other great beach events, visit their blog "Sea, Sand & Sky" at http://www.blog.savetheharbor.org