My First Safari with Save the Harbor 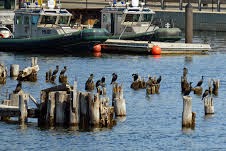 The weekend before I started my internship, everyone went on a safari, but of course I was a day late and a trip short. On the bright side I was promised an invite to all the upcoming safaris!
During their trip they saw Cormorants, let me guess you don’t know what that is? Well, a cormorant or in the Latin term Corvus Marinus aka marine crow or sea raven is a long necked bird with a reptilian appearance. Cormorants are everywhere but usually over looked or hard to find. During my time with Save the Harbor/Save the Bay
I have already seen a few of them around the Harbor. I was sent on my own safari around the bay to find my own in fact! Cormorants eat fish and shellfish that is one reason why they are such a controversial bird, fisherman are never pleased with them. They are amazing swimmers and can dive up to 100 feet for fish. They can also stay underwater for more than a minute while diving.
Cormorants stay in huge groups when nesting and drop their poop on trees and rocks, killing the trees and staining the rocks. Many people don’t like cormorants because they are messy and they happen to take fish the fisherman work hard to catch. Chinese fisherman take advantage and use them to catch fish. Cormorants often stand out with both wings spread not to attract the female but to dry their wings because they lack the water proof coat most water birds already have. 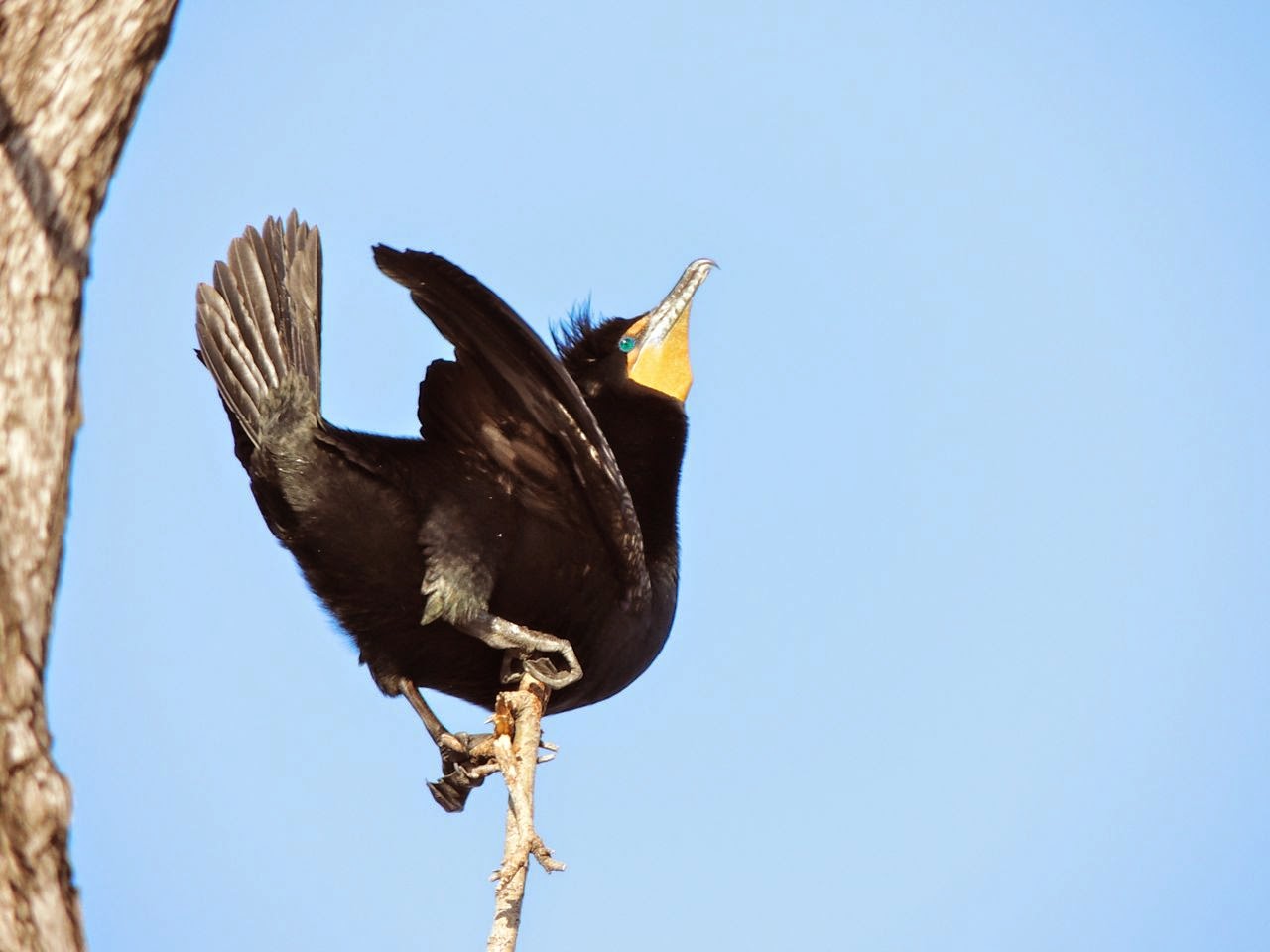 One way they physically display their interest in a female is by using the "wing wave display" to attract her. “Males also perform elaborate courtship dances, including dances in the water where they present the female with nest material (Kirschbaum)”. They are pretty interesting birds who dance and stain rocks with their waste and manage to get fisherman upset. If you want to know more about the Cormorants here are some links.
Description of Cormorant
Fun Facts about Cormorants
Mating

Now go out and find a cormorant!