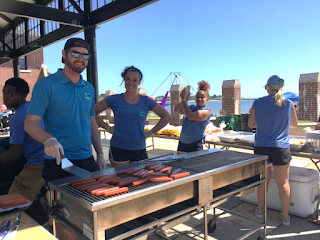 Trevor Etheridge is Save the Harbor/Save the Bay’s Development Manager, joining our full-time staff in 2017. Trevor is a graduate of Boston University’s Marine Science Program, with a major in Marine Science and a minor in Biology. As a veteran of Save the Harbor’s youth and family programs, he is excited to continue seeing the region’s kids and their families take ownership of Boston Harbor and incorporate this spectacular resource into their daily lives.


As the Development Manager at Save the Harbor, our spring, summer and fall Share the Harbor cruises give me a great opportunity to get out of the office and onto the water to take advantage of Boston Harbor and the Boston Harbor Islands; And judging by the outpouring of responses we saw for these cruises in 2019, I’m not the only one who feels this way!

One of the most exciting changes I have seen at Save the Harbor over this time has been the introduction of our “Share the Harbor” cruises in 2018 and the continuing improvement of this program over the past year. 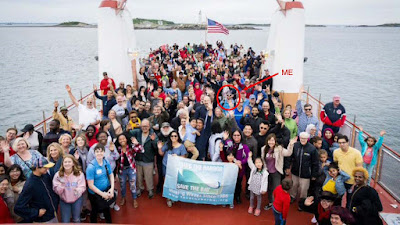 Over the past 17 years, Save the Harbor has run Youth Environmental Education Programs with the goal of connecting the region’s kids, teens, and their families to the harbor, beaches, and islands. A staple of this program has been our All Access Boston Harbor cruises, which we run three days a week in July and August out to Georges and Spectacle Island. Typically, only available to the region’s youth and community development groups, it quickly became a tradition to open these cruises up to the public during the last two weeks of August as youth programs began to slow down and the school year starts up. These free public cruises ended up becoming so popular, the team at Save the Harbor began developing a plan to offer free harbor, island and lighthouse cruises to the general public throughout the year. As a result, our Share the Harbor Cruises were born!

In 2018, Save the Harbor piloted our “Share the Harbor Initiative” as a way to reach a new audience of adults, friends and families of the youth who traditionally participate in our free programs, and for them to take advantage of Boston Harbor and the Boson Harbor Islands. With a $65 fare for a family of four to take a ferry out to the Harbor Islands, we fully expected our free Share the Harbor cruises to be extremely popular. That said, we were surprised and overjoyed by the overwhelming public response to this year’s free island excursions and harbor cruises.

Through this pilot we received more than 13,000 reservations for these free trips and connected residents from 143 communities to the harbor and the islands. In many cases, reservations actually exceeded the 1,000-passenger capacity of Bay State Cruise Company’s flagship Provincetown II, which is the largest passenger vessel on the harbor.  In response, we instituted a waiting list, and although we did not ultimately have to turn anyone away, we did come close on several occasions. 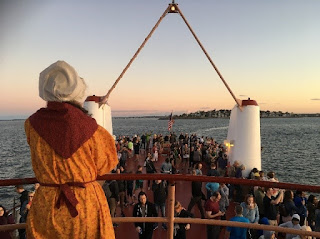 This year we were able to build off the success of the 2018 pilot and offer 12 Share the Harbor cruises including 3 Marine Mammal Safaris in April, 4 Lighthouse cruises to Boston Light and 3 Island Cruises to Spectacle and Georges Island in June, July, August, and September, and 2 Boston Harbor History Tours in October. Not only did these cruises bring nearly 5,500 of the region’s residents and visitors out on the harbor for a day of fun and relaxation, they also introduced many of our participants to the spectacular urban natural resources that are just a short drive or train ride from their homes.

Not everyone knows that the over three million residents from the 43 communities served by the Massachusetts Water Resource Authority continue to pay the $5 billion cost of restoring and maintaining Boston Harbor, the region’s 19 miles of public beaches managed by the Department of Conservation and Recreation, and the Boston Harbor Islands State and National Park.

However, many of Boston’s and the region’s residents can’t afford the luxury of a ferry ticket out to the islands or maintain misconceptions of the cleanliness and benefits of Boston Harbor. Our free programs work to address this inequity by providing free programs that highlight these resources and the benefits they can provide to individuals and their communities as a whole.

While the harbor, islands, and beaches are public places, it often takes opportunities like those Save the Harbor provides to inspire people to explore these spectacular urban natural resources and make them a part of their lives.

All of us at Save the Harbor are grateful to our incredible partners who help make these free cruises possible each year and hope you will come out and join us in 2020 to explore all the incredible opportunities you may be missing right in your own backyard! 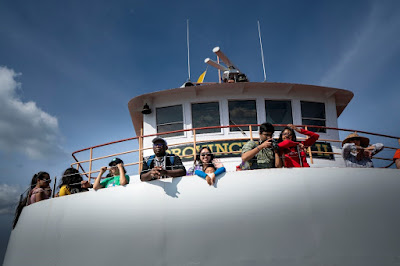 Save the Harbor's free Share the Harbor Cruises are made possible with Leadership Grants from the Cronin Group, LLC, the Massachusetts Executive Office of Energy and Environmental Affairs, Bay State Cruise Company, and Massachusetts Bay Lines


Save the Harbor is also grateful for Leadership Grants from Blue Cross Blue Shield of Massachusetts, The Boston Foundation, The Coca-Cola Foundation, Exelon Generation, and John Hancock Financial Services.

Special thanks as well to the hundreds of individual donors for their generosity and to our partners at the Department of Conservation and Recreation, the Metropolitan Beaches Commission, the Boston Centers for Youth and Families and the YMCA of Greater Boston for their support.