In 2021, with the support of government at all levels and our partners in Boston’s neighborhoods and the region’s beachfront communities from Nahant to Nantasket, Save the Harbor/Save the Bay made important progress on our environmental policy and advocacy agenda, which has two equally important goals.

Improved water quality in the region, with a continued focus on the overall health of the harbor and the bay, improved access to clean water and more accurate beach postings on those metropolitan beaches in densely populated communities that continue to be unsafe for swimming on as many as one out of every five days in a typical year. 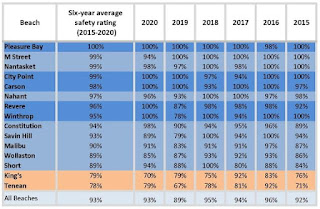 In June we released our annual Beach WaterQuality Report Card and began a coordinated and comprehensive campaign to elevate our concerns about the filthy, bacteria laden discharge at Stacey Brook on King’s Beach in Lynn, and to roll back or revise recent changes to the already flawed beach flagging and posting protocols, which are less accurate than before. 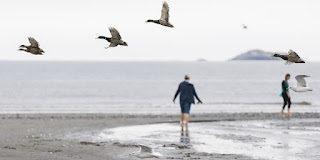 Pollution from that outfall prevents low-income kids and from that dense and diverse community from enjoying a beach that should be a civic and recreational asset, not a liability.
As a result of our efforts, this summer both Lynn and Swampscott officials have publicly acknowledged their contributions to the problem and have identified what we believe is a workable solution. This month, with the support of Metropolitan Beaches Commission Co-Chair Senator Brendan Crighton, the Legislative Leadership of the Senate and the House, and the Baker-Polito Administration, Lynn and Swampscott secured $5 million from the Commonwealth to “jump -start” this important work. 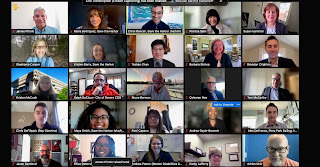 More equitable and inclusive access to the harbor, the waterfront, the beaches and the islands.  This requires clean water and stronger physical connections to inland and upland communities of color and need, improved access for people with disabilities, and increased participation by people of color and those for whom English is not the primary language spoken in their homes in both city and state planning processes.

On the state level, Save the Harbor and the legislative leadership and community members of the Metropolitan Beaches Commission (MBC), which we help lead and manage for the Legislature, held hearings on equity, inclusion, diversity and better access to the region’s public beaches for people with disabilities are planning a third hearing - and a Summit for early 2022.

Though we understand that systemic change requires sustained effort, we have already begun to see improvements to public access for people of color and people with disabilities on the region’s public beaches and increased diversity at our public hearings, in our free Better Beaches Programs and on the MBC itself. This will continue to be a priority in 2022. If you would like to take part in the hearings and join us at the summit, email rodriguez@savetheharbor.org

At the city level, we are working closely with our partners in the community and the City of Boston’s planning and development agency, the Commonwealth’s DEP, and the private sector,  to make certain that Bostonians of every race and ability are included in the planning process and the governance of public spaces on the waterfront, and that our activation strategies for the waterfront and the watersheet are in service of that goal.

As a result, we have begun to see improved physical connections like the South Bay Harbor Trail and the Nubian Shuttle, as well as programmatic connections and activation strategies that will bring more diverse events, programs and audiences to the waterfront, the Fort Point Channel and the Seaport.