This past weekend I was given the opportunity to go on one of the fall cruises. I met brothers from the Big Brother Big Sister organization. The big brother was very familiar with Spectacle Island whereas his little brother was not.

On the boat Daynaja and I being to talk to them and ask about their year so far. The younger brother was very quiet and seemed quite kind. We spoke about the view from the top of Spectacle and it turned out that D had never been to the top. So as soon as we got off of the boat we all began our hike up to the top. While walking I learned that they had been many places together and that they were trying their best to bond. At the top we parted ways and D and I began to take an array of pictures to commemorate her hike to the top. All in all it was great to be back on the boat and island even though it was freezing outside. 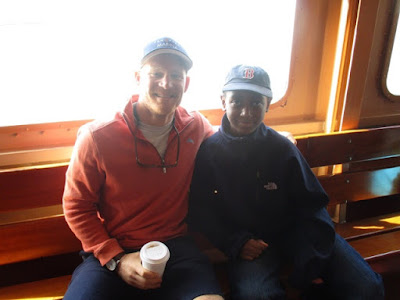 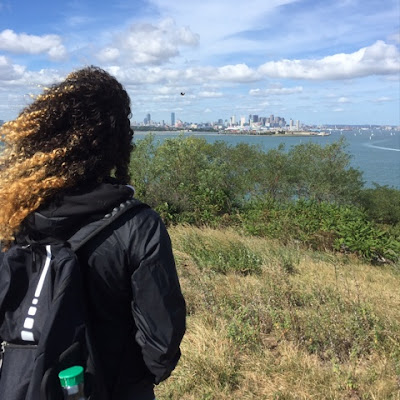