On Saturday, April 26, Save the Harbor/Save the Bay ran our annual Marine Mammal Safaris on .  More than 800 people registered for the free event, and despite cold and rainy weather, hundreds showed up and took part in the two lively and exciting cruises. 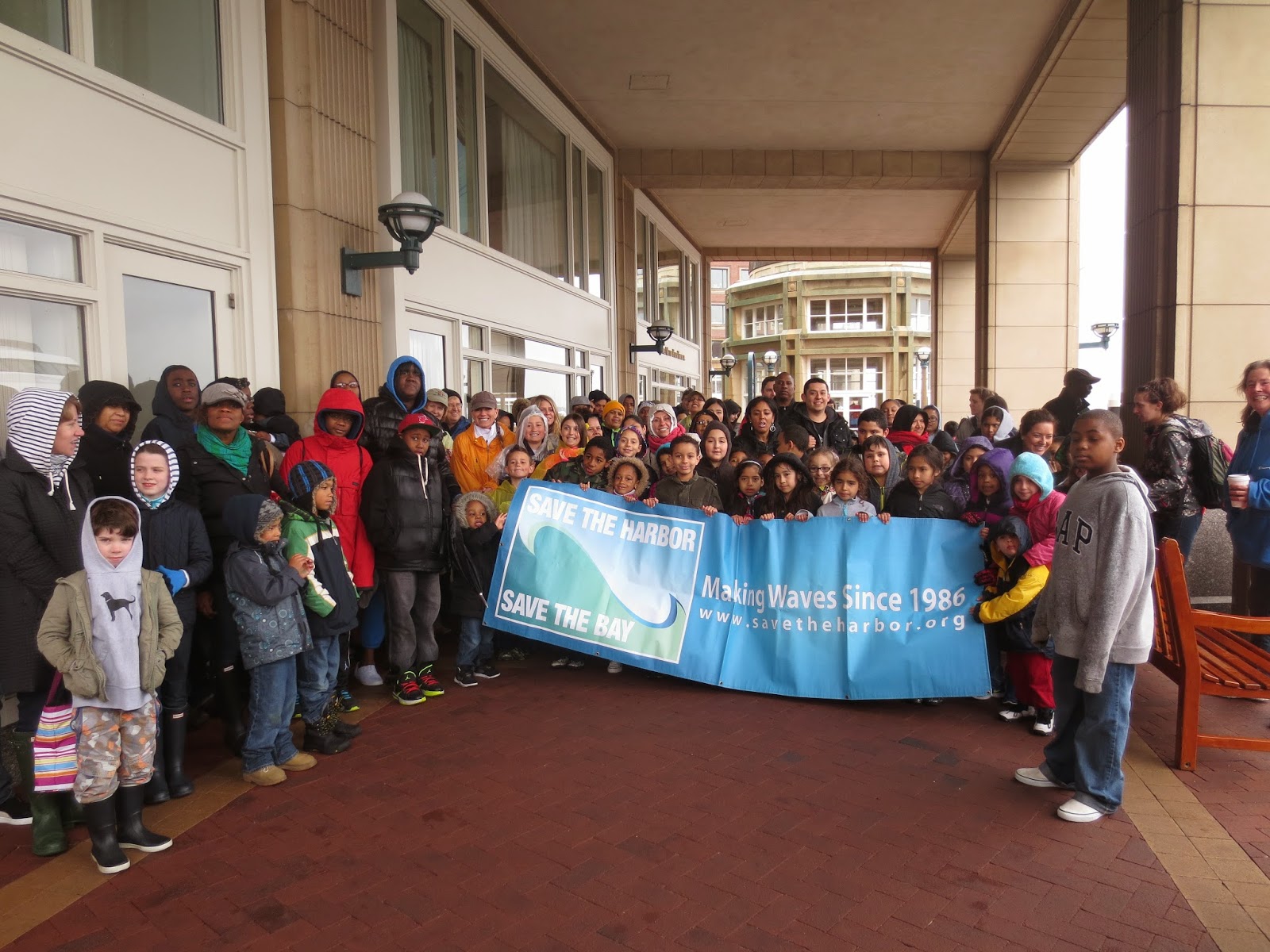 Hundreds of brave souls joined us for a morning and an afternoon cruise
aboard the MV "Freedom" which departed from Mass Bay Lines' dock at Rowes Wharf.

Some of the larger groups in attendance included
the Intergenerational Literacy Program in , VietAID in Dorchester,
the , the South Boston Neighborhood House and
the West End House Boys and Girls Club.

The weather was cool and a little wet - but everyone still had a great time! 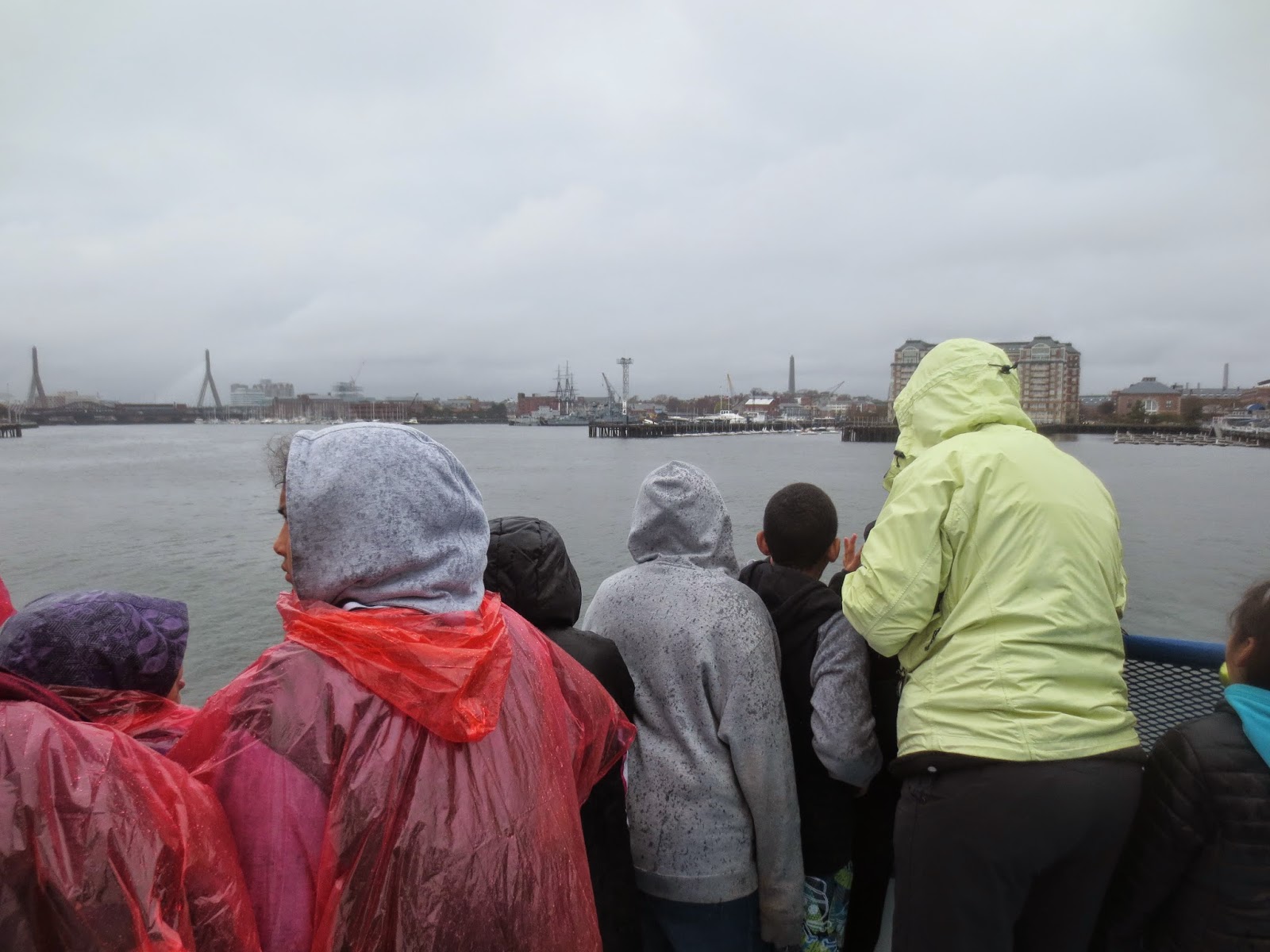 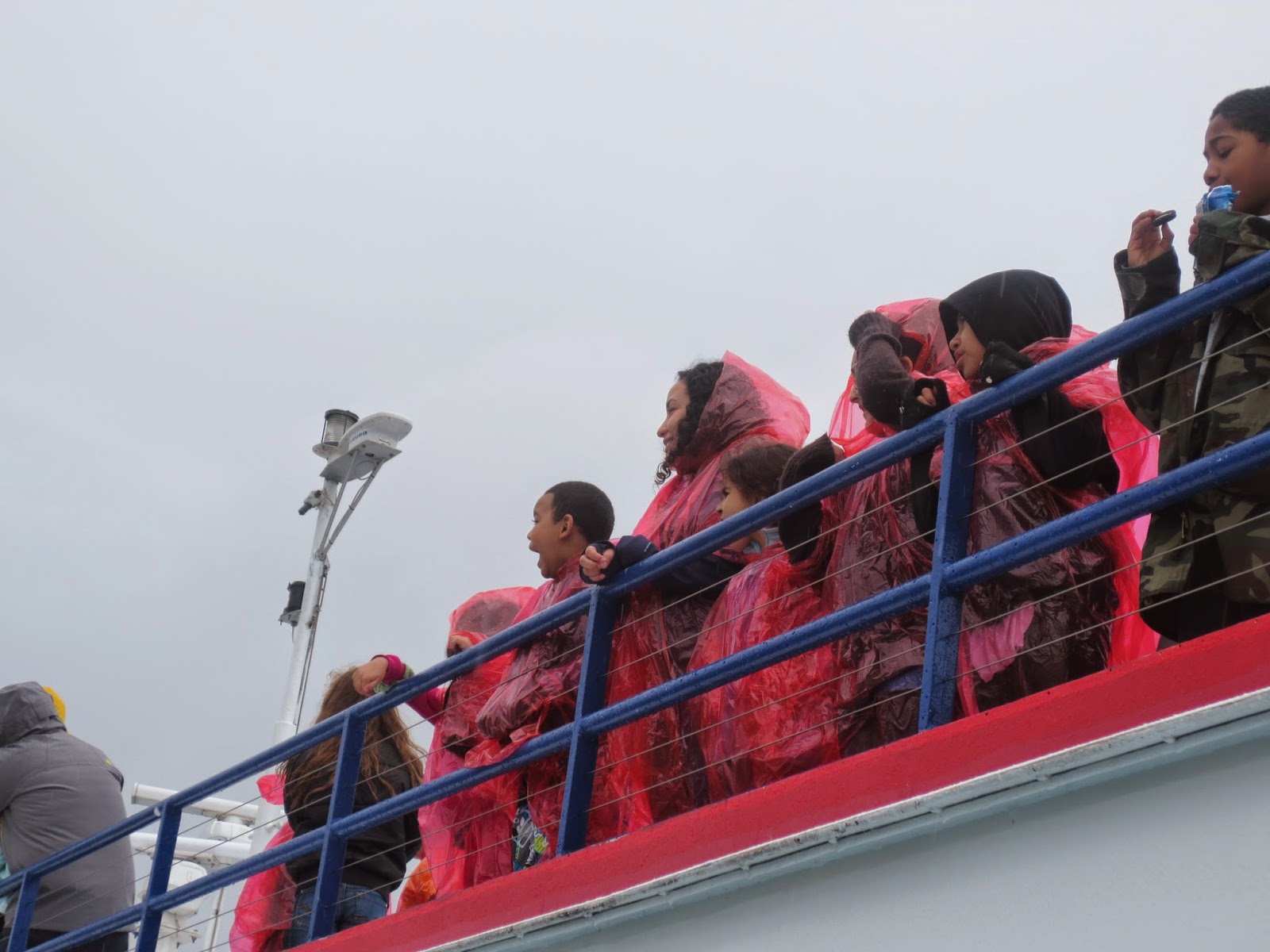 For the record, we saw lots of harbor seals on this year's marine mammal safari,
including this one just off East Boston, photographed by Des and Terry. 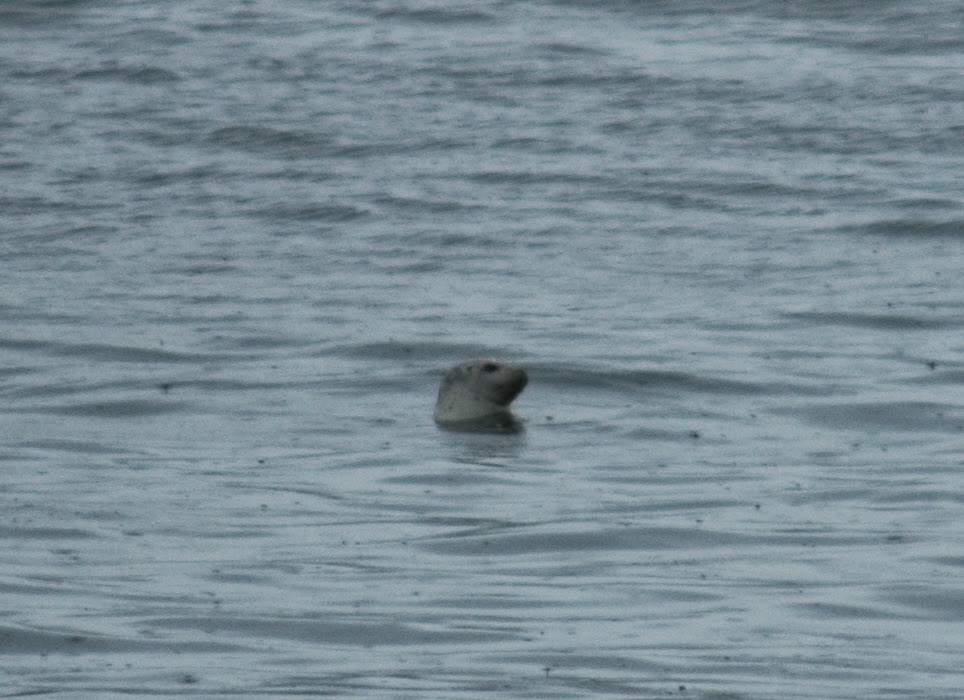 We spent our time searching the sea and sharing stories and songs - including Haul Away Joe,
which has been the official sea shanty of Save the Harbor/Save the Bay since 2009.

Haul Away Joe a very old song, but its message is still true today. If you want to get something done, we all have to pull in the same direction and "Haul Away" together. It is how we cleaned up Boston Harbor and created the Boston Harbor Islands National Park.

Here's an early version of the song - from Tall Ships 2009, led by
Save the Harbor's own David Coffin

This year we added a new element to the trip and asked people to write a new verse for the song. Nearly 50 people took part in the contest, and were each entered into this summer's "Simply Marble-ous Treasure hunt with a chance to win a round trip ticket on JetBlue Airways."

Save the Harbor's BayWatcher led the song on this year's trip. 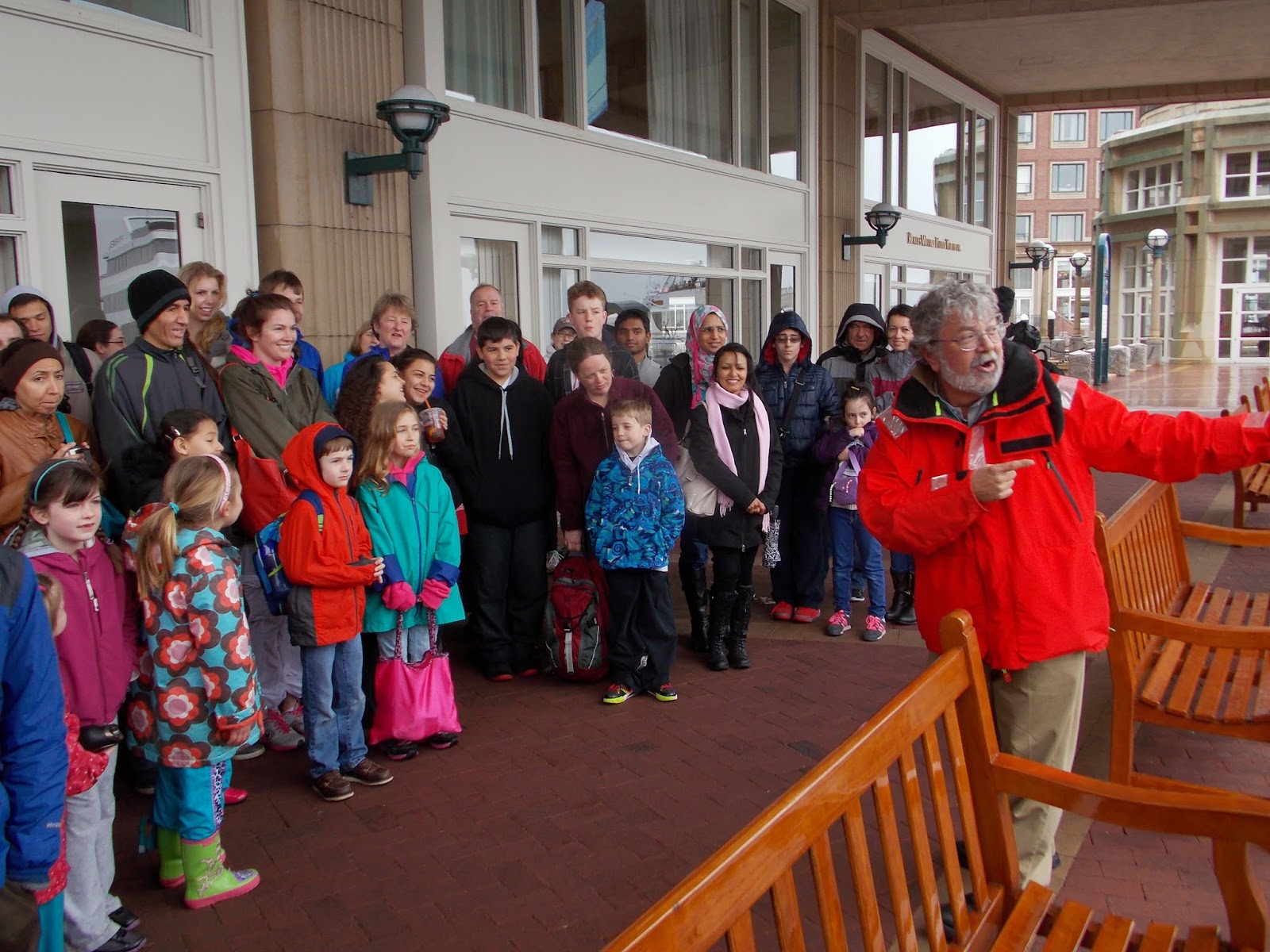 "Bruce Berman is the BayWatcher, he works for Save the Harbor.
He looks real good in his red coat, but he sure could use a barber!"

Here are some other new verses from this year's Marine Mammal Safaris:

"When I was a little lass, the harbor was a sewer.
Now it is the city's gem, a joy to every viewer."

"The sea did roar, the sky did sway, the captain held the ship so steady.
And so we're told from a trip so bold, the harbor's got adventures plenty!"


"We came to see seals, we'll see wind and rain.
There were giant eggs of waste from what goes down the drain."

"Thompson, Lovells, Georges, and Spectacle that's new.
When you are at Boston Light you have an amazing view."

"To Boston Harbor, great and wide, through the sun and rain.
We'll sail with excitement to see the seals again."

"Though the day is cold and wet we could not stay away,
From an outing with our friends at Save the Harbor/Save the Bay!"

"It rained all day, but that's ok, we got to sail the harbor.
I see some seals and birds and whales, but I wish that I'd see some lobsters!"

"The harbor used to be a mess, it drove everyone away.
The cleanup was a big success, thanks to Save the Harbor/Save the Bay."

"Mahita and Rishi, they hail from India.
We asked them where that was, they told us is was faaahhh!"

"Arwa was a desert rose, she was sad and lonely.
When she came to Boston to find her one and only."

You can find more pictures and videos from the Marine Mammal Safari here.

Save the Harbor’s youth environmental education programs are made possible with Leadership Grants from Bay State Cruise Company, The Coca-Cola Foundation, Distrigas/GDF SUEZ, the Ludcke Foundation, and the Yawkey Foundation II.

Save the Harbor would like to thank all of our Youth and Family Program Funders, Mass Humanities, and Massachusetts Bay Lines for their generous support of this event.

In keeping with the nautical theme, we would just like to say:


"Seals, porpoise and striped bass, Boston Harbor has them all.
We hope you’ll join us for another cruise, in the summer and the fall!"