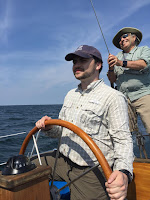 
Sebastian Belfanti started last week as one of our newest class of interns here at Save the Harbor/Save the Bay. Originally from Newark, NJ Sebastian attended high school in upstate New York where he was a captain of the school rowing team and worked with researchers at Columbia and Stanford Universities. Sebastian attended college at the University of Washington in Seattle, WA where he received his BS in geology, a minor in history, and used geochemical analysis to identify the source of gold deposits in the Chandalar Mining Region of Northern Alaska. Sebastian just recently completed his MSc studying the granites of Yosemite National Park, CA, at Vanderbilt University in Nashville, TN. During his studies he completed fieldwork in 11 U.S. States, as well as South Tirol and Elba in Italy, and developed a new methodology for imaging of granitic minerals. 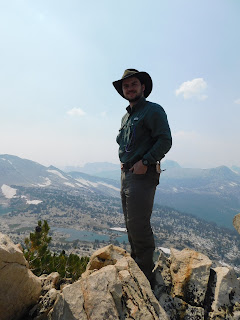 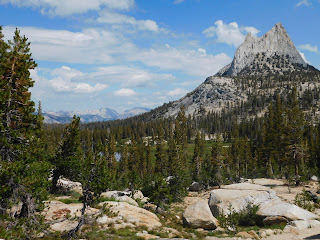 (Top) Sebastian on the summit of Johnson Peak and (Bottom) Cathedral Peak, a portion of his field site in Yosemite National Park, CA

He is now looking to expand into a career where his work will have a more immediate impact, and he joins us at Save the Harbor/Save the Bay to gain experience working in policy, advocacy, and to gain exposure to non-profit work generally. He looks forward to contributing a strong scientific background, and learning as much as possible over the next few months with us.