From Minnesota to Boston - Via Madrid!

My name is Guillermo Erice, I have been the "Artist in Residence" at Save the Harbor / Save the Bay for just about six months now, and it has been a blast. 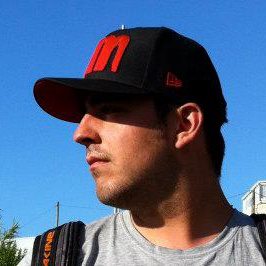 Initially, my role here at Save the Harbor was mainly doing some graphic design on external communications sent out to our funders and cpartners. For this, I worked on collages and different informational packs that explained the importance of this organization in its dual roll of improving water quality and reconnecting the population with what have now become some of the cleanest urban beaches of the country.

You can see some of my recent work here and here.

I've had the pleasure of working alongside the whole Save the Harbor Team and it has been great. A special shout out to our official photographer: Mike Murowchick, who has made my task much easier with incredible photographs. These pictures are, without a doubt, one of the organizations most prized possession because they tell the story, our story.

In these last few weeks, I have been working closely with Bruce Berman, who I first met when I took his class at Boston University, to kick off a new series of activities for the summer involving art on the beach and shore. I am currently back at BU, studying for my Masters and Advertising - which I hope to complete later this year.

I have a past as a street artist, even though I was born in Minnesota, I spent 12 years living in Madrid. It is in Madrid where I started my career as an artist.

I started painting graffiti in in 2000. Pretty soon I began to toy with the idea of making money painting. In 2006 I finally began to start painting businesses more regularly.

So with a growing demand for my services, I started my own business in 2009 called SoapTwo -art& design-. It was born as a small business that offered creative graphic art solutions.

My client list grew quite fast, and so did their needs, I quickly had to adapt and began to explore graphic design, which also landed me my first big clients: Inditex and GreenCoast. For these clients I worked with ImagineCube (another startup in Madrid). We collaborated on some projects that ranged from corporate imaging to managing 5 designers in producing a tourist map for Alcalá de Henares - a suburb 20 minutes away from Madrid rich in historic monuments.

Street art was still the main source of income, I was invited to participate in graffiti festivals in New York, The Hague (Holland), and across Spain. And in early 2011 I was hired by Grupo Las Rosas S.L. to paint the biggest project up until this moment: 3600 square feet painted in 3 months in two mall parking lots, one in Madrid, Spain, the other one in Charleroi, Belgium.

For this project I teamed up with Gonzalo also known as Taquen, an amazing artist and great friend of mine. We had previously worked together on some other projects, but nothing quite like this. After finishing, it was clear that we needed to actually form a team, SoapTwo was kept for my own personal projects, but ForTheWall was born. Mainly focusing on aerosol art.

We painted some smaller store fronts after the parking lots and two months before moving to Boston, I was contacted by the Spanish branch of Porter Novelli, a big-time Advertising Agency with offices all over the world! It was an exciting moment!

Another great project to work on, a pleasure working with Porter Novelli, Nivea and of course Taquen.

We teamed up with ImagineCube yet again to produce the making of video for the Nivea event:


Here are some samples of the work done over the past few years: 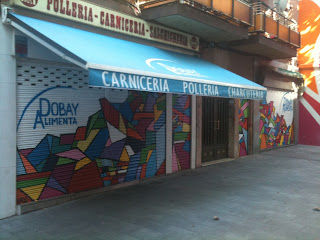 This car was painted in collaboration with one of the participants of Rally Mauritania. He would then drive the car to the South Africa where it would be auctioned off and the money donated to local schools. 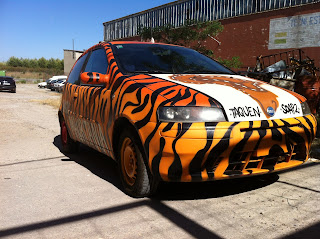 These pictures are of the mall parking lots 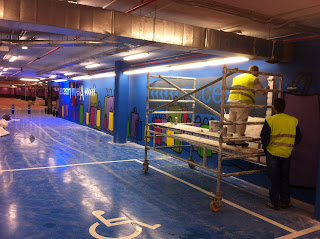 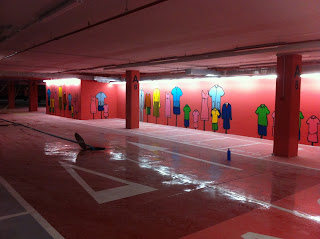 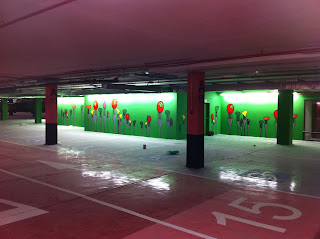 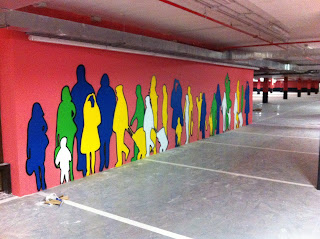 Young Tiago is a Cars fanatic, we transformed his room

This piece was painted one of my last days in Madrid with my best friends and girlfriend -I have to admit, I have an obsession with letters, fonts and colors! 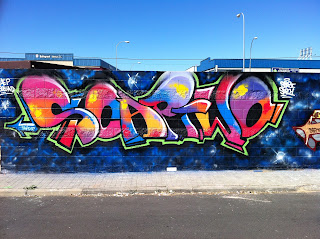 I hope you enjoy looking at my work as much as I enjoy doing it.
If you want to see more, just visit my facebook page   "For The Wall"

All the best
G-