In October we found this porcelain head during Save the Harbor's
late season "Treasures of Spectacle Island" cruise. 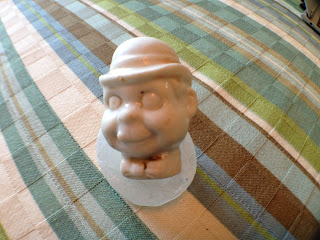 Porcelain doll heads, feet and hands are not uncommon finds at Spectacle Island, which served as the city's dump until the 1950's. However, after a little detective work, we determined that the artifact was actually a carnival cane top. This particular piece was made in Japan for the US market between 1900 and 1930, and was a popular prize at the traveling carnivals and amusement parks across the nation until the late 1950's.

Here's a nice collection. You can see the one we found in the front row. 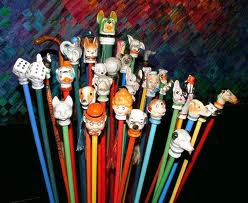 Here's a close up.

Here's a typical "cane game" or "ring-toss" from a carnival of that period. 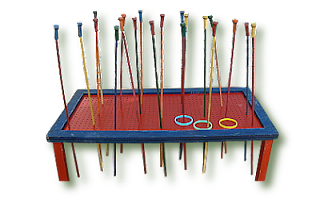 Here's a collection of carnival canes evaluated by Gary Sohmers of Antiques Roadshow: 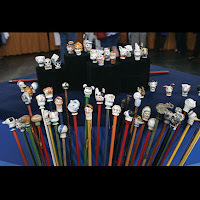 You can findthe whole interview from Antiques Roadshow here.

Carnival canes were popular prizes at arcades and amusement parks like those at Nantasket Beach and Revere Beach - which as you can see were popular destinations for the region's residents. 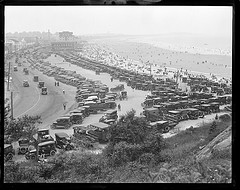 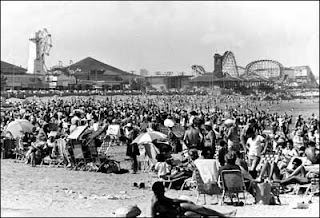 My dad went to law school at Boston University around 1950, and visited has some great memories of visiting Nantasket Beach with his roomate. It is easy to imagine him returning from a day trip with a carnival cane as a souvenir, and just as easy to imagine how that treasured item became trash.

It's always a treat to hunt for treasure on Spectacle Island - or any urban beach. However,  the real treasure hunt begins after I discover something that I want to learn more about.

Sometimes its involves researching a shell, a stone, a piece of flotsam or jetsam or beach glass or pottery. Sometimes it is simply discovering a story - and sharing a bit of history - with my Dad.

For me, that's a real treasure.