Save the Harbor/Save the Bay President Patty Foley to retire at year's end. 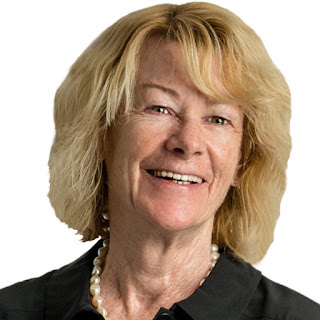 Longtime Save the Harbor/Save the Bay President and Chief Executive Officer Patty Foley will be stepping down from her role at the end of 2018. Foley has led the organization since 2000.

Save the Harbor/Save the Bay is best known for its stewardship of Boston Harbor, leading the successful transformation from a national disgrace to a source of recreational and economic opportunity and civic pride for all Bostonians and the region’s residents, with the cleanest urban beaches in the nation.

During her tenure as President, Patty Foley has taken the organization to a new level of success and effectiveness. Over the past 18 years, Foley has increased membership from 500 to more than 5,000, grown the organization’s budget from $150,000 to over $1 million per year and dramatically expanded Save the Harbor’s free youth environmental education programs that have connected nearly 250,000 underserved youth and teens to Boston Harbor since their inception in 2002.

“Patty Foley is one of Boston’s great treasures. Her unique leadership skills and political instincts have ensured that we protect and preserve one of our most valuable urban natural resources and put them to work as assets for the region’s residents and communities,“ said Joseph Newman, Vice President of Government Affairs for Massachusetts at National Grid, who will continue to serve as Save the Harbor Board Chair. “The Board and I look forward to celebrating Patty’s legacy of accomplishments over the coming months and continuing the work we are already doing to plan for the next chapter of the Boston Harbor Success Story.”

Since 1986, Save the Harbor has worked with residents, scientists, government at all levels, and the region’s civic, corporate and community leaders to strengthen the region’s waterfront neighborhoods and beachfront communities and improve the quality of life for the nearly 2 million people who live within a short ride or drive to Boston Harbor.

The success of Save the Harbor Save the Bay’s environmental advocacy efforts spring from the organization’s clear vision: to restore and protect, connect and share Boston Harbor, the waterfront, the region's public beaches and the harbor islands with Bostonians from every neighborhood and the region’s residents alike, especially underserved kids and families.

Boston Mayor Martin J. Walsh, a committed supporter of Save the Harbor, Save the Bay stated, "I thank Patty Foley for her decades of work to improve and protect our harbor, while making it more accessible for our residents to enjoy," said Mayor Martin J. Walsh. "I wish Patty the best, and look forward to continuing the City of Boston's strong partnership with Save the Harbor/Save the Bay as we build on our vision to create a waterfront and harbor open for all."

“Patty has taught all of us that good policy requires good politics, and that the best way to “Save the Harbor” is to “Share the Harbor” with everyone,” said Bruce Berman, Foley’s husband, who will continue on as STH’s Director of Strategy & Communications. “Under her leadership, we have given Boston Harbor back to the people, creating a new generation of stewards who understand the importance of these spectacular urban natural resources to all of us and our community.”

Save the Harbor’s free Youth Environmental Education Programs are the cornerstones of the organization's work to connect the region’s young people and their families to Boston Harbor, our region’s public beaches and the Boston Harbor Islands.  During Foley’s time at Save the Harbor, their free programs have connected nearly 250,000 youth, teens and their families to the resources they organization has worked tirelessly to restore and protect.

Foley is particularly proud of the work she has done to strengthen the City of Boston and improve the quality of life for residents of every neighborhood, for which she was honored as City Champion at the 2017 Henry L. Shattuck Awards.

“I love Boston and our spectacular harbor,” said Foley. “I have truly enjoyed this opportunity to work with so many terrific people, including policy makers, civic and community leaders, and the region’s businesses and foundations to achieve our shared mission and goals. You can be certain that I will continue to do all I can to ensure that Save the Harbor is well prepared to continue to be an important civic asset for the residents of every neighborhood in the City of Boston and the region’s residents as well.”

Longtime supporter, friend and former colleague, President and CEO of the Boston Foundation, Paul Grogan said, “The Boston Foundation is proud to have been there at the beginning when Save the Harbor started its work in 1986, and I have known Patty Foley personally since 1991, when we first worked together at LISC. Patty has a unique understanding of the importance of the Harbor to the urban landscape, and she leaves Save the Harbor well positioned to continue as a leading voice for public investment in clean water and as an advocate for healthy, active communities.”

Save the Harbor/Save the Bay has retained Chuck Gordon of The New Kensington Group, Joannie Jaxtimer of Joanne Jaxtimer Consulting and Robin Jones of JStrategies, who work together as CJR Strategic Transition Partners to advise them on the transition and conduct the search for the new President and CEO. The organization will honor Patty Foley for her service to the organization, the City and the region’s residents at a reception in late March of 2019.

You can find a description of the position on Save the Harbor/Save the Bay's website at http://savetheharbor.org/jobs-and-internships/ceo.html

Save the Harbor Save the Bay is a non-profit public interest Boston Harbor advocacy organization. We are made up of thousands of citizens, as well as scientists, and civic, corporate, cultural and community leaders whose shared mission is to restore and protect Boston Harbor, Massachusetts Bay, and the marine environment and share them with the public for everyone to enjoy.