The Fall Frolic on Spectacle Island

On Saturday, October 20, Save the Harbor/Save the Bay, in partnership with Boston Harbor Now, the National Park Service, and the Department of Conservation and Recreation, hosted the Fall Frolic on the Boston Harbor Islands.

The Fall Frolic marked the end of Save the Harbor's first season of Share the Harbor cruises, which opened up 11 new opportunities for new audiences to take advantage of free programming and events on Boston Harbor. From April's Marine Mammal Safaris, to summer Monday cruises, two Boston Light Evening Cruises, and this fall's Spectacle Island trips, more than 12,500 people reserved spaces on the Provincetown II to spend time on our magnificent harbor. 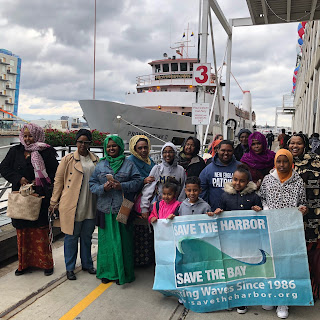 This past Saturday, 478 excited passengers rode Bay State Cruise's Provincetown II out to Spectacle Island for a day of land and shore exploration, storytelling, songs of the sea and interaction with marine life. All kids aboard were also given a National Parks Service Junior Ranger guidebook to lead them on the island. As the boat made its way across the harbor, Boston Harbor Historian David Coffin told the story of Spectacle Island. Sharing how the island, named for the shape of its two drumlins, was used as a trash dump for decades and at one point set ablaze before being transformed into a beautiful national park. 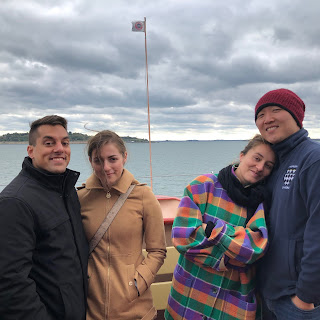 On the island, guests were offered numerous ways to interact with the island and learn more about its history. The National Park Service (NPS) Rangers led a nature hike to discuss the biodiversity and how the NPS monitors the park's habitats. Storyteller Andrea Lovett shared island folklore about the Lady in Black and the Scarlet Lady, as well as tales of pirates Mary Read and Harry Maine. David Coffin led a beach discovery walk to search for Spectacle Island's famous sea glass. Along the pier everyone had a chance to try their hand at catching fish and crabs with Save the Harbor/Save the Bay. Many spider crabs were caught and were a big hit with all of the younger guests who learned about how the crabs use ocean debris to camouflage themselves. 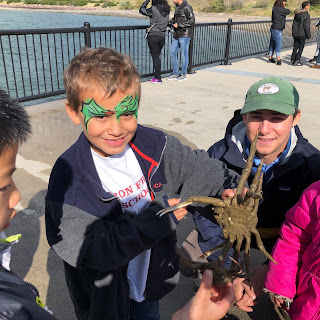 Some enthusiastic visitors spend some quality time with a spider crab

Atop the North Drumlin, visitors took in the view of Boston, picnicked, and flew kites. While in the visitor center, some painted at the Art Cart or listened to the jazz band provided by Boston Harbor Now. The day concluded with a National Parks Service Junior Ranger swearing-in and badge ceremony for all of the young visitors. Congratulation to all of the new Junior Rangers! 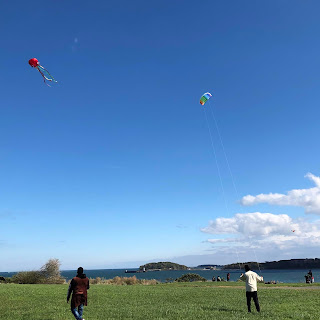 Kite flying atop the the North Drumlin 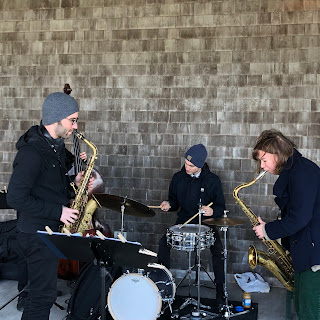 The Jazz Trio sets the mood at the visitor center

The day was fun for all and as the boat headed back to the World Trade Center, groups gathered to discuss their time on the island and take their final pictures with the harbor as the background. A great cruise to end a great year. Looking forward to 2019!

Save the Harbor would like to thank all our foundation funding partners, corporate sponsors, and the more than 1,000 individual donors who help make our work possible. We would also like to thank our partners at Bay State Cruise Company, The National Park Service, The Department of Conservation and Recreation, and Boston Harbor Now.

Save the Harbor’s “Share the Harbor” cruises are funded in part by Mass Humanities, which receives support from the Massachusetts Cultural Council and is an affiliate of the National Endowment for the Humanities.