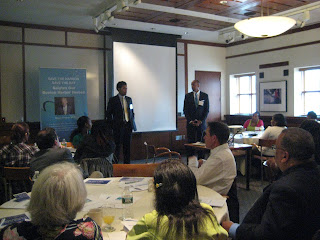 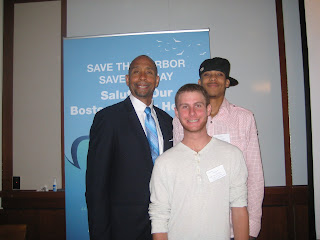 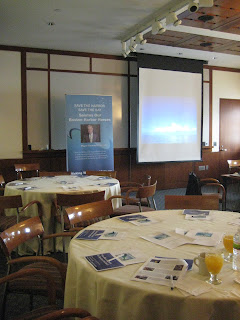 A Great Way to Start the Summer!


Imari rasied the question that has been at the heart of Save the Harbor's mission--how do we continue to make the beach accessible? So far the organization has worked towards that mission by connecting children with the harbor--most of whom would not have had the opportunity otherwise.


"We're letting kids know that there's a beach and that it belongs to them," Communications and Programming Director of Strategy Bruce Berman explained.


Board director Harold Sparrow gave two reasons for his continued involvement with Save the Harbor / Save the Bay --the first being simply that "it works." He believes that the people who run the program are absolutely passionate about the harbor and their work has strengthened the lives of young people, both the children who are able to explore the islands and the teenagers that serve as mentors to them.


However, the thousands of children who have enjoyed summer days on the harbor did not have this opportunity in the past. "Twenty-five years ago, the harbor was a sewer. Today, it is an asset to the city," Bruce Berman told the youth program leaders, as the video presentation depicted the transformation from beaches polluted with trash to shimmering blue waters. He further added that "It's hard to find fun free things to do. And we provide great free things to do." For example, every summer Save the Harbor / Save the Bay sponsors two youth programs: All Access Boston Harbor and Harbor Explorers. Kids have the chance to visit the beautiful Spectacle Island and Georges Island for free with the All Access Boston Harbor program. The Harbor Explorers program allows the kids to become junior scientists by filling out forms, using GPS tracking systems, and collecting data and water quality samples--but they're having so much fun examining the harbor hands-on that they don't even realize that what they're doing is as entertaining as it is educational.


Those in attendence at the breakfast event gave Save the Harbor suggestions for further progress in the future: including weekend events for children and families and extending the season of time on the harbor. "We're looking for a way to make the season start earlier and end later," Bruce said, as he encouraged the audience of youth program leaders to become more involved in the free summer programs for children. Imari also encouraged the audience to spread information about the youth programs to their colleagues and friends. Save the Harbor / Save the Bay has had the joy of connecting over 50,000 kids with the harbor since 2002, and the leaders hope to continue increasing these numbers with the summers to come. The staff at Save the Harbor can't wait for school to end and the kids to arrive so that the fun Boston Harbor and in the islands can begin!
at 3:31 PM