Cutting the Ribbon on a New Era

On Thursday, June 23, a large group gathered in South Boston to commemorate the opening of Boston's new CSO (combined sewage overflow) control tunnel. This recently completed project was the longtime goal of many environmental activists, as it will divert harmful and toxic waste water from running into Boston Harbor. By comparison to newer sewers, which separate rainwater run-off from raw sewage requiring treatment, some older sewers combine the two. In such a case, heavy precipitation leads to sewer overflow that spills waste into Boston Harbor. Fortunately, the new tunnel will nearly eliminate the dangerous overflow. In past years, many speakers at the event noted, a day of rain such as the 23rd would have closed beaches, but not so with the new tunnel; the persistent drizzle only added to the upbeat mood of the ribbon-cutting.

The first part of the ribbon-cutting included speeches by many officials regarding the opening of the tunnel, such as Mayor Tom Menino; Massachusetts Water Resources Authority head Frederick Laskey; and South Boston Representative Kathi-Anne Reinstein and Senator Jack Hart. All agreed in their rhetoric that despite the challenges the project faced, most notably local opposition to its construction, the project is a major success. Each official touched on the importance of the project to his or her respective constituency, which really elucidated how many beneficiaries of harbor cleanup exist. Everyone in attendance came away with a better understanding of the effort it took to finish the project.

But the full scale of the event only became clear once attendees made the walk down-beach to the Castle Island Sailing Center. There, after a light brunch, Patricia Foley, Executive Director at Save the Harbor/Save the Bay, followed on the earlier remarks and summarized to attendees the work that the organization has done and continues to do to clean up the harbor. Following that, E. Bruce Berman, Director of Communications, Strategy, and Programs, announced the allocations of the 25th anniversary Better Beaches Project, which will give away $25,000 to support community organizations that will put on events at beaches around Boston this year. These events range from simple community get-togethers to a nationally-renowned sandcastle-building contest.

The combination of these two components of the event demonstrated, in the broader scheme, how far Boston Harbor cleanup has come - to the point where the focus is now on anticipating future issues - yet at the same time, how far it has to go. Some CSOs remain open in Boston, but for now, we should take pride in the construction of the tunnel and the effect it will have on keeping the harbor clean and making Boston's beaches "some of the cleanest in the country." 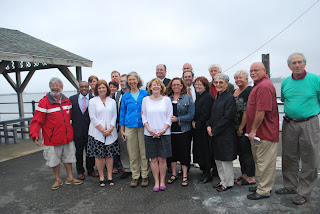 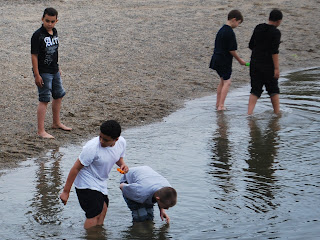 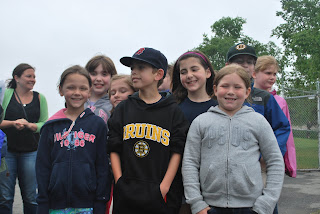