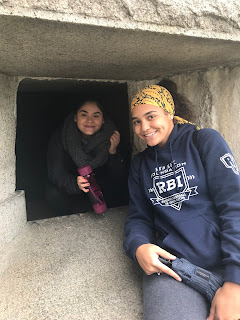 So, did you guys know the story behind Georges Island? Woah, cool, me either (if you did know it prepare yourself to read a summary). Apparently the island was once a prison. A PRISON! I know right. A woman dressed as a man and went to the prison to try to help her husband escape. The woman was caught,  husband was killed, and she was sentenced to death. Her last wish was to die dressed as a woman. Since it was an all male prison they didn’t have any lady like clothes so they wrapped a long black cloth over her. They say her voice still haunts the island today. 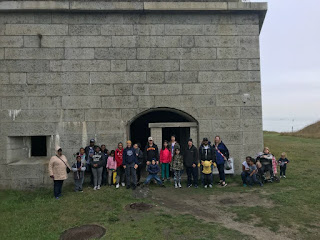 To begin the morning of the glorious adventure despite the weather, we started off by dressing up like pirates. I was a pirate and I helped pass out newspapers with the Haul Away Joe songs. I walked around the boat and made a estimate of how many people we had, we counted up to 500! That is absolutely amazing. We went out to the island, and I met some of the most wonderful and diverse people and personalities. I gave a tour of the tunnel, and helped kids fish where we caught a green crab and a spider crab. 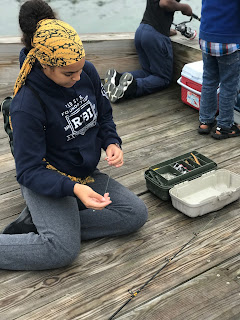 Have a great fall,