The International Tall Ships Festival 2017 brought the Fish Pier and the Seaport district to life as tens of thousands of people came from across the region and around the world  to view ships from all over the world. Watching sailors operate the ships and climb up the masts was an enlightening visual into what it would have been like to live during the Age of Sail. 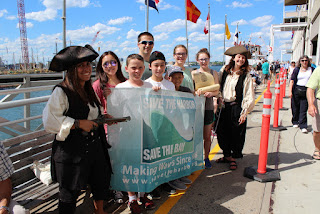 Every morning of the festival, members of our youth staff fish ran free gyotaku fish printing out on the Fish Pier. Hundreds of kids and families not only had the chance to make an amazing, one-of-a-kind piece of art using a real flounder, but also received a unique and memorable lesson about the very unusual life cycle of flatfish. While waiting in line for their turn to make a print, kids were kept entertained by our resident pirate Tony, who told great pirate stories and helped us share our new All Hands on Deck curriculum, which tells the stories of young people and pirates in the Age of Sail. 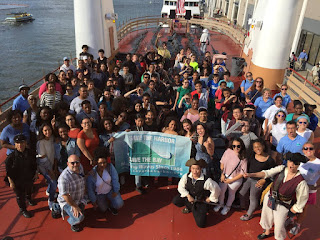 After a few hours of fish printing and storytelling, we took festival-goers of all ages out on free cruises around the harbor provided by Mass Bay Lines and Bay State Cruises to see the newly arrived ships. On board, the pirate and maritime stories continued, and there were plenty of chances to sing many renditions of Haul Away Joe, the official sea shanty of Save the Harbor/Save the Bay, which also serves as a lesson on the benefits of working or 'hauling' together towards a common goal.

Over the course of the week, Save the Harbor was able to share Boston’s maritime history and Boston Harbor with more than 2,500 kids and their families. Young people from all over the region were able to travel back in time and imagine what life was like during the Age of Sail, and what opportunities would be available to young people like them at that time. In just a few days, the International Tall Ships Festival helped a generation of kids, families and young adults make memories that will last a lifetime. 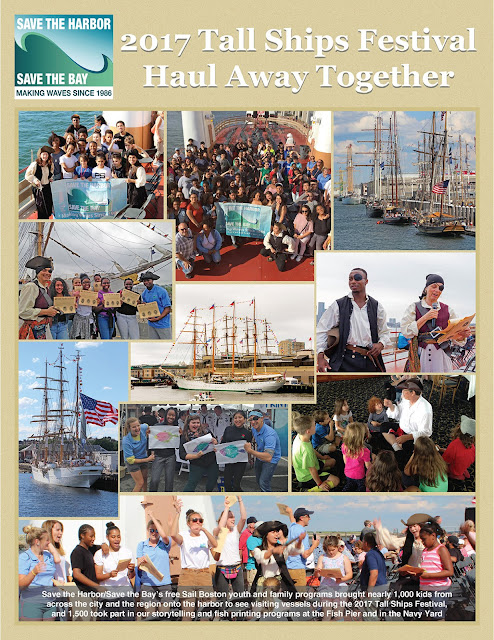