Help us find our marbles!

When 100 JetBlue Airways crew members and volunteers from Save the Harbor hit the beaches of South Boston on Wednesday, June 13, 2012, not only did they help the Department of Conservation and Recreation remove trash, weeds, stray sand and debris from the shore, they also left something special behind for beachgoers to enhance their summer fun. 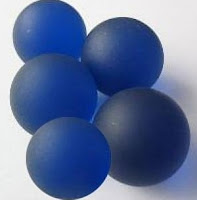 Find a marble on the beach this summer and you could win
40,000 TrueBlue points for travel on JetBlue Airways
During the clean-up, each of the 100 participants "released" a single blue Save the Harbor / Save the Bay 25th Anniversary marble in the sand at the water's edge, kicking off a summer-long treasure hunt for the marbles and a chance for five lucky winners to receive 40,000 TrueBlue points each. Through JetBlue’s TrueBlue loyalty program, roundtrip award flights start at just 10,000 points (a). 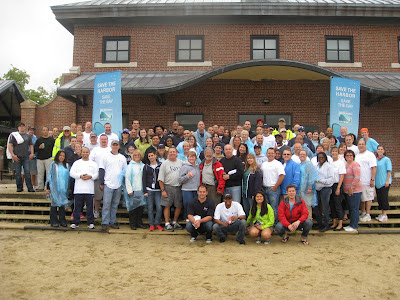 More than 100 JetBlue Airways and Save the Harbor staff and volunteers
began their cleanup at the McCormack Bathouse in South Boston.

"Jet Blue Airways is a terrific partner," said Bruce Berman, of Save the Harbor / Save the Bay. "They care about their customers and our communities, and they are tons of fun to work with."
"We have a long-standing relationship with Save the Harbor and with the community in Boston, home to our 2,000 crewmembers, who mirror the company’s philanthropic efforts with their own volunteer work locally," said JetBlue’s Regional Marketing Manager Ronda Ivy McLeod. "A beach-clean-up and treasure hunt is right in line with our fun value as well as our commitment to the city that chooses JetBlue more than any other airline out of Logan." 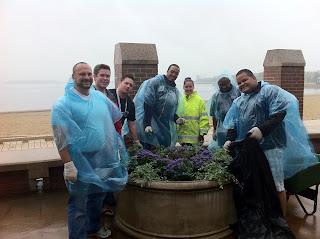 JetBlue’s crewmembers began their cleanup at the Edward McCormack bathhouse on Carson Beach and finished up at Pleasure Bay, picking up trash, planting flowers, and clearing paths and sidewalks along the way. DCR District Manager Kevin Hollenbeck pointed out that 100 volunteers "can do five weeks worth of work in just 2 hours, and that means a lot."

"DCR does great work on the region's public beaches," said Bruce Berman of Save the Harbor Save the Bay. "But they are always happy to have a little help."

Berman was quick to point out that the one-inch tempered blue glass marbles "released" on the beaches were both beautiful and environmentally friendly. They are made of recycled glass, which was made from sand. "What a great way to encourage people to take a fresh look at these great beaches, which are now among the cleanest urban beaches in America."
In addition to the 100 marbles "released" in South Boston, the group will also release 100 additional marbles on the region's public beaches in Nahant, Lynn, Revere, Winthrop, East Boston, South Boston, Dorchester, Quincy and Hull. "Find one on any of our great public beaches from Nahant to Nantasket this summer, and you could be a winner" said Berman. 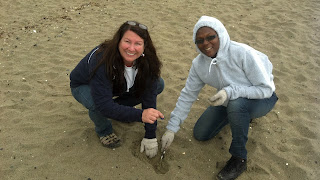 Together we did 5 weeks of work in just a few hours.
To enter the contest, which runs through Labor Day, simply send Save the Harbor a photograph of you holding one of the marbles on the beach where you found it. In August, the group will hold a drawing to select five lucky winners, who will each receive 40,000 TrueBlue points that can be used for award flight redemption on JetBlue Airways to any of the 45 nonstop destinations the airline serves from Boston’s Logan International Airport. 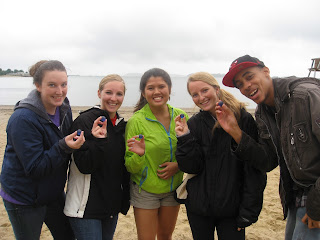 Send us a photo of you with your marble and you could be a winner!

To enter the contest,  just post a picture of you with your marble at the beach where you found it on Save the Harbor's Facebook page, email it to info@savetheharbor.org , or send it by snail mail to our office on the Fish Pier. Please be sure to include your contact information, so we can notify the winners.

See you on the beach!