Hi! My name is Will and I'm a 20 year old student from West Hartford, CT. After going to University of Tampa for 2 years, I came back to New England and am currently taking financing classes at Umass Amherst. From hiking in the Rockies to fishing in the Gulf of Mexico, I have always enjoyed experiencing the great outdoors. As someone who has always had a passion for fishing and fish in general, I am very eager to be working at Save the Harbor Save the Bay, specifically instructing children and teens in the All Access group.

During my first week of orientation, I was surprised to learn about the history of Spectacle Island. A place which started as the lowest island out of all the harbors, it has now turned into the highest, due to the accumulation of trash over the years. Human waste pile-up was only exacerbated by the surrounding waters, and was ultimately mediated by burning the island for around a decade. Nearly 30 years later, Spectacle Island is now a common hang out spot. It's incredible to think that such an inviting tourist destination could once be such a disaster.

Another interesting thing I learned during orientation was the process of catching flounders and checking their underbellies for tumors and other growths. Normal flounder bellies appear flat and white, so deviations should be inspected visually. This check is necessary due to the extreme level of pollution in the water, which causes mutations in fish, some severe enough to cause 3 eyes. In addition to documenting all fish, I think it is great that Save the Harbor Save the Bay raises awareness to the public on the conditions of the local waters.

My favorite part about orientation was the group fishing trip of Day 2. Being at ease on the water with people who share similar passions made it comfortable to open up and meet my coworkers. I was able to catch a flounder, a skate, and a spider crab, which was very exciting as I don't usually get to fish offshore in New England. I can't wait to have more experiences in the waters with SHSB! 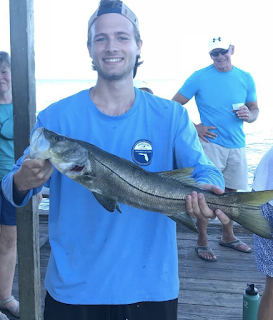