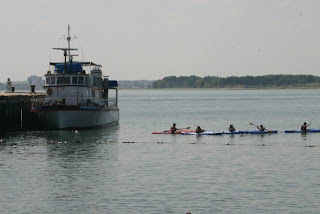 Yesterday was such a fun day over at Spectacle! What a week for going out to the harbor islands. We had the privilege of escaping Boston’s heat wave where it reached a high of 90 degrees. The beach over at Spectacle was packed full of energized kids who were eager to cool off and jump in the water. We played catch with the football, played in the sand, looked for cool rocks, jumped in the water, and just hung out in the sun! Some of the kids were even able to go on a guided kayak tour of the island. Everyone had a blast. We were sad to leave the island, but it was time to go home, back to the sizzling city. By the end of the day, we were all exhausted. I am going to miss days like these. 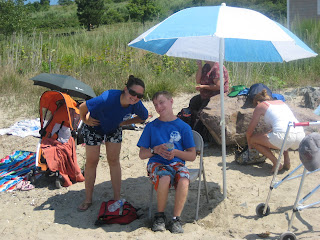