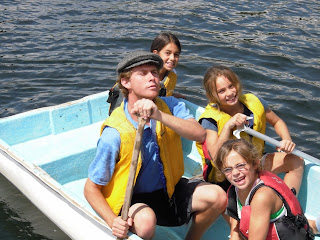 Coming to you from the Save the Harbor Save the Bay office, I’m about to update you on some awesomeness from Piers Park and South Boston sailing centers. We finally pulled something out of the water that was not someone else’s lure or weeds, but in fact after much speculation and debate was identified as a fish. A perch to be exact. We also pulled up another lobster in our un-baited lobster trap which always raises interest. Look for a post from Marissa to see what’s going on with us in South Boston! 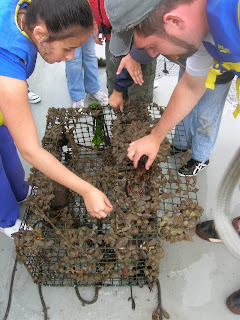