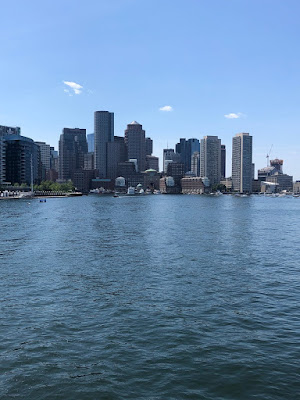 I want to start off my blog by reflecting on the impending close of the summer and sadly my last week at SHSB. But first...a recap of the past week out at Spectacle Island and the incredibly fun staff day we all enjoyed out on Lovell's Island.  We kicked off the morning with a heated game of kickball that resulted in a controversial loss handed out by the No-Access squad. From there we all went to cool down by the water and despite the initial trepidation to enter the frigid Boston waters, almost everyone ended up going in! We ate lunch, listened to music, talked, napped, sunbathed, and everything in between, making for a relaxing staff day.

As I sat out on the island, I took some time to look around and reflect at how fortunate we all were to be spending the day out in the Boston Harbor with great coworkers that quickly turned into great friends. Entering the job I was pretty nervous given my lack of extensive knowledge regarding marine life and environmentalism but everyone, no matter the age, whether it was JPA's, LHE's, or SHE's, all assured me everything would be just fine. And they were right! Due to the supportive, encouraging, and knowledgeable staff at SHSB, I have not only learned a tremendous amount about marine life and increased my environmental awareness, but I have also made some great friends in the process and some unforgettable memories. It's hard to believe the summer is coming to a close already and everyone will be starting up with school again. We will be trading in fishing rods for pens and pencils, tackle boxes for back packs, and the warm summer spent outdoors for the cold winter season spent in the library. 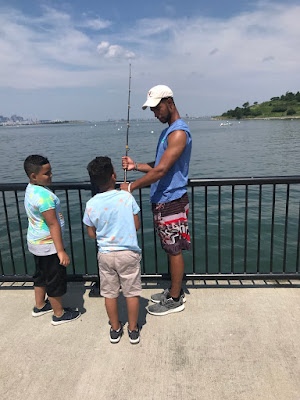 Quote for the week- "Children have never been very good at listening to their elders, but they have never failed to imitate them."