Hello everyone, Aidan coming back in with blog 6, with an exciting week at Blacks Creek.
The heat this week wasn’t very pleasurable, but we caught plenty of crabs and fish at our site. The kids were happy to be playing their favorite games like gaga ball and evil scientist. We also got a new tool called a refractometer, which measures the salinity of the water in our marsh. The marsh’ salinity was 5 parts per thousand, in contrast to the ocean’s salinity of an estimated 35! Our SHE came up with the wonderful idea to let us gather up 16 feisty crabs running around to spice things up a little. We also used a tool called a soil corer to see what’s underneath the soil. Also, when of the boats tipped over on its side with a Quincy counselor aboard, which took our minds off of the intense afternoon heat. 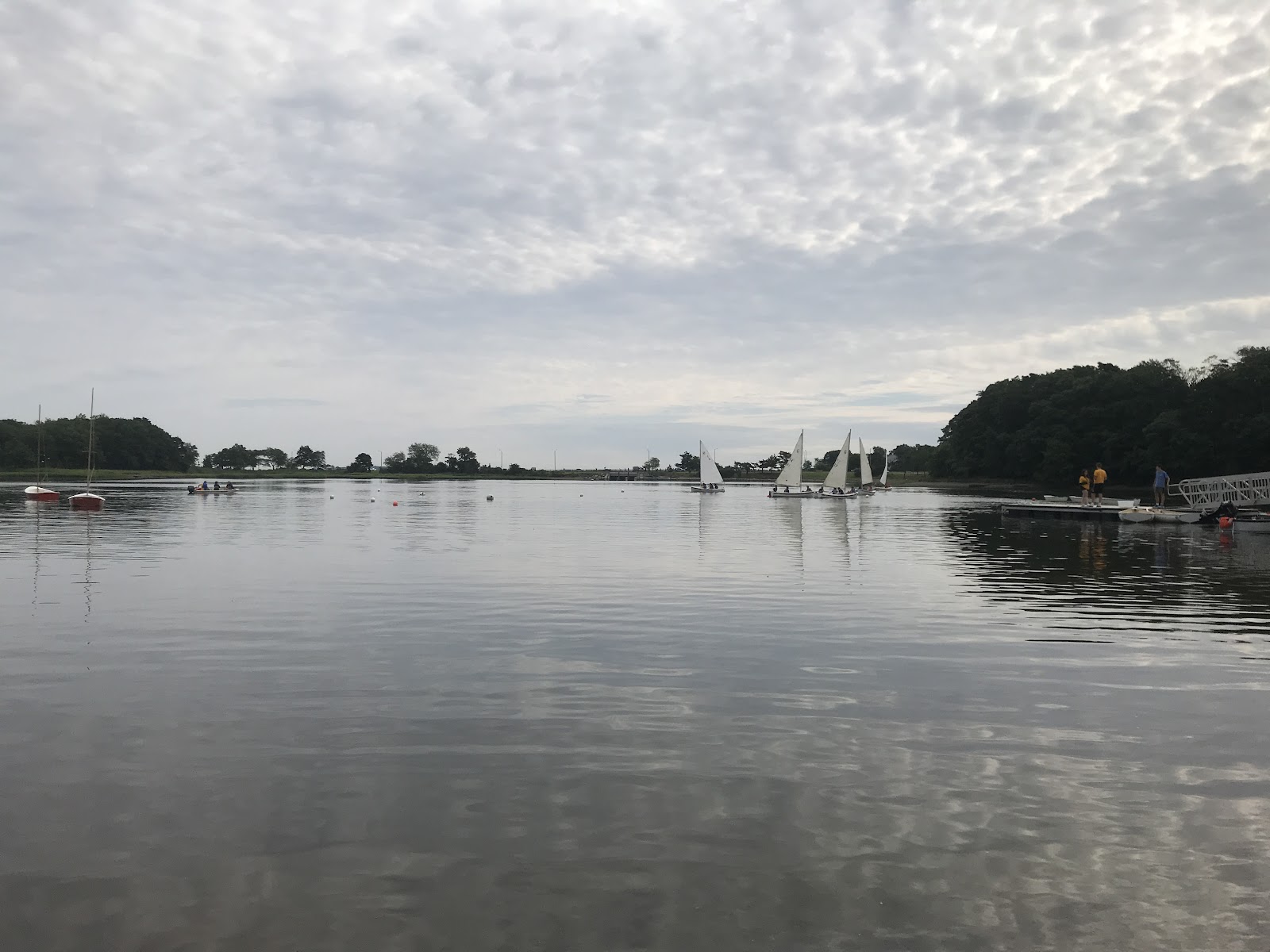 A nice look at the black’s creek marsh 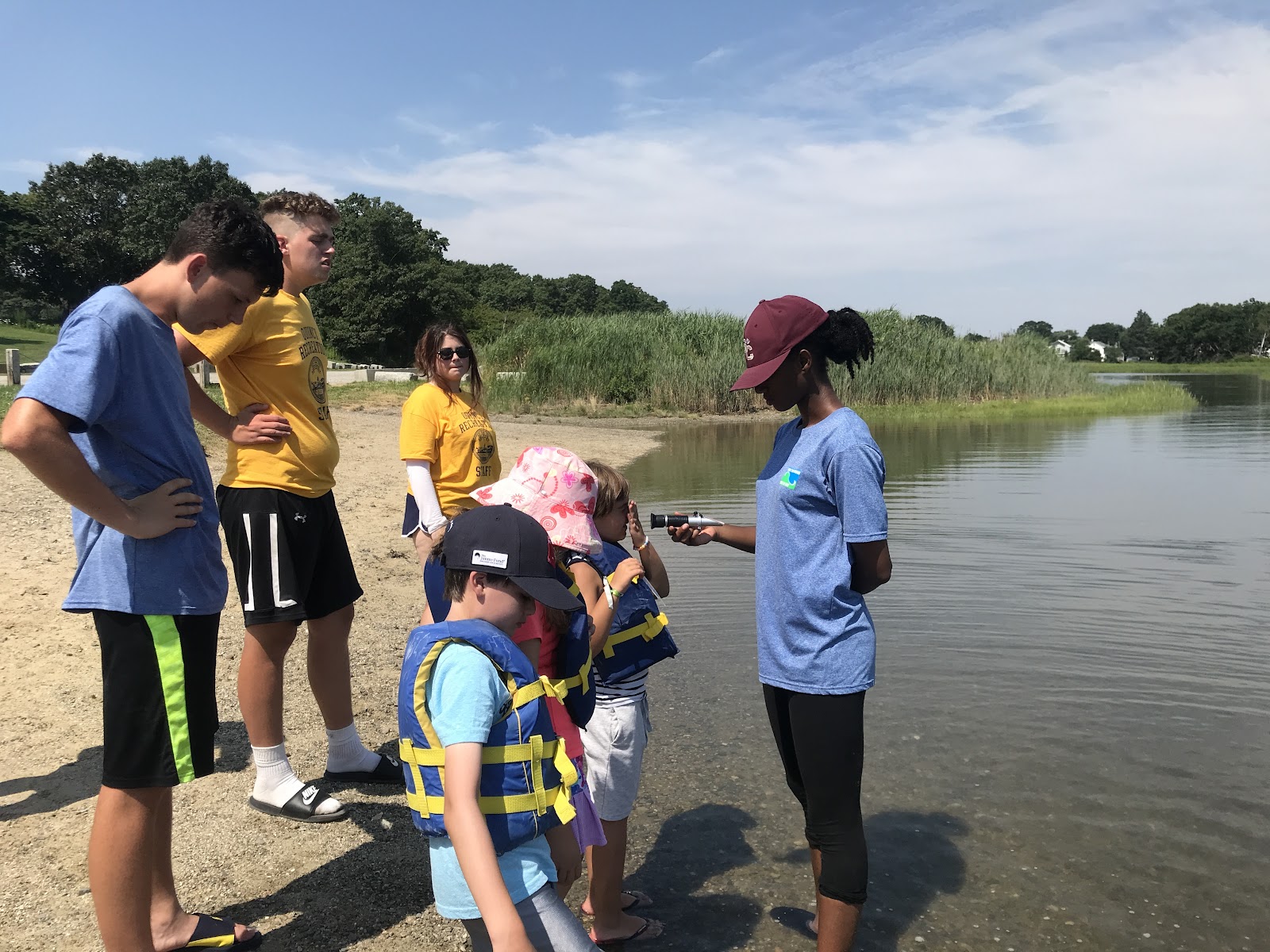 Flo teaching campers to use the refractometer


My site at Blacks Creek is a salt marsh in North Quincy. It’s mostly freshwater, but many ocean animals live in it. It’s surrounded by winding upheaves of grass and shoots, where white egrets like to hide and search for food, although they do like perching in a nearby dead tree. When searching the shoreline, kids find sticklebacks, killifish, and silverside fish. The most common creature we find is the green crab, which is normally caught using the crab trap, with a few shoreline stragglers that kids catch with their nets. Other crabs are pretty rare, like the horseshoe crab and even the hermit crab. Cormorants hang out on the locked boats and like to swim in the water, especially when it’s hot and humid. Occasionally, ducks or geese will fly by and land in the marsh.
I like to lead the kids through physically active games as the competitive JPA. I usually try in games to give them a sense of competition and get them to feel pride and success when they win a game. I think my favorite game is gaga ball, where everyone’s always on their toes and constantly alert. In games like speedball, however, I prefer to be gentler with the kids, as a rubber ball to the face isn’t pleasant for anyone, especially with these kids who aren’t even ten years old yet. As stated previously, the kids we watch over generally aren’t in the double digits in terms of age. But they are filled with excitement whenever they come by, because who doesn’t want to play games in the summertime?
Anyways, that’s all there is to say this week, so as always,
Until next time,
Aidan.
at 8:37 PM