Set Sail for a new Site

Hey everyone, it's Rick!

The final week of CHV was so much fun! Earlier in the week, we caught some huge spider crabs, which we haven't seen in a while. We had one so big it couldn't fit in the tank, so we released him after a few groups. We had our usual crab races with the green crabs, and my favorite part of the week had to be the ice cream on Thursday. It was my second time making ice cream so I was prepared for the cold and I made some amazing vanilla ice cream. It was slightly salty, but the Oreos made up for it. In order to get an oreo, you had to answer one question, and that question was, "Why doesn't the ocean freeze?". The answer was because it's salt water! I got to be in charge of asking the question, and if a camper wanted another oreo, I'd ask what they'd learn in KIP this summer, and they'd tell me a cool science fact. 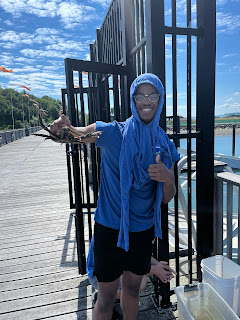 Overall, CHV has been amazing. I've met a lot of great campers and staff over there and made some cool memories throughout the weeks. One memory that comes to mind is the relay races. I remember rooting for all the great groups, and joining in on their chants whenever a group crossed the finish line. It was super fun. We also had a lot of fun playing card games and Jenga. I'll admit I talked a big game, but I didn't win much. It was fun going against Madison (UNO Master) and Jaelynne, who both get surprisingly lucky with their cards. We were also lucky enough to be given breakfast and lunch every day, so not having to prepare a lunch or buy one was definitely nice. 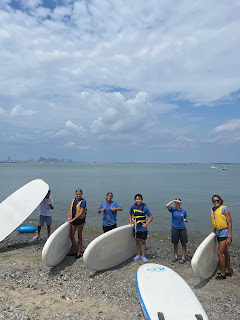 Anyway, it was nice to hang out with all these cool people for the month, and I'm super excited for my new site.

Sea you at the Harbor,