Constitution Beach and the Pursuit of Clean Water

This week, my team and I were living it up at Constitution Beach in East Boston. I don't think I had ever even been to Eastie in my life before this week, and I was so pleasantly surprised with how much I enjoyed it there! I think Constitution is a beautiful beach and it is amazing to see the planes whizzing over your head. The beach was also filled with life (fish, crabs, crustaceans, birds, etc) which is always a welcome site in an urban centre like Boston. Lastly, as a NY area kid with Bronx Italian roots, it is always great to hear the Italian language floating through the air, which (it turns out) is a pretty common thing to hear in Eastie!

This was a particularly great week because the topics involved were two things I know a lot (and care a lot) about: invasive species and water quality! We spent a lot of the week creating a game to play with kids called "invasive or native?" and showing how they can play the game at home using the species identification app iNaturalist. Additionally, we spent a lot of time talking about how species are influenced by poor water quality, but also talking about how some species improve water quality!

One group of animals that improve water quality are bivalves. Bivalves are a class (Bivalvia) of molluscs (a phylum, Mollusca) comprising many of the traditional "shellfish" you know (and you eat) today. These species include the clams (order Venerida), the razor clams (order Adapedonta) and the oysters (order Ostreida). All of these species are "filter feeders", meaning that they feed by sucking in water through a tube called the siphon (which is also the bivalve feeding mechanism). The bivalve will then entrap nutrient particles in the water via two organs called the labial palps, and excrete the remaining water without the particles they are eating. What this means is that just by feeding, bivalve mollusks will actively remove particles from the water, thereby cleaning it! This is one of my favorite facts about any marine creature, as it shows the true power of nature that such a mechanism for water cleaning naturally exists!

Unfortunately, there is a caveat: because bivalves take in all of the particles in the water, that means that they are also absorbing any pollution in the water day after day. This means that although bivalves clean the water, they can die if the water gets too dirty. This is super unfortunate, because it means that if your water quality gets bad enough, it will lose the natural things that keep it clean in the first place.

However, from this unfortunate truth came a great idea: the Billion Oyster Project (BOP)! The BOP is a program in New York Harbor that aims to introduce 1 billion oysters into the harbor. This was reportedly roughly the number of oysters that the harbor started with prior to the pollution of America's industrial revolution. The idea is that by having the oysters in the harbor, not only will you be re-introducing a native species and providing habitat for lots of marine life, but you will be actively cleaning up the harbor! The project originally was difficult as the water quality was not good enough for oysters to survive in the harbor for more than 2 or 3 years (resulting in a lot of turnover and restocking), but now scientists are starting to see oysters live longer as water quality improves, making it more likely that the BOP will hit their goal of a billion oysters in the harbor at some point in the near future! If you are ever in NYC for a prolonged period of time, volunteer for the BOP! I was lucky enough to have worked for one of their partners a few years ago, and was really glad I was able to help in the fight to clean up an urban waterway.

If you want to find out more about the BOP, click here: https://www.billionoysterproject.org/

Until next time, sea ya on the sand... 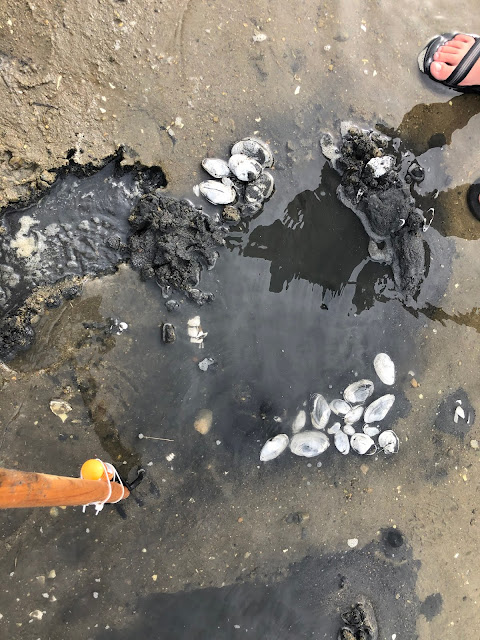 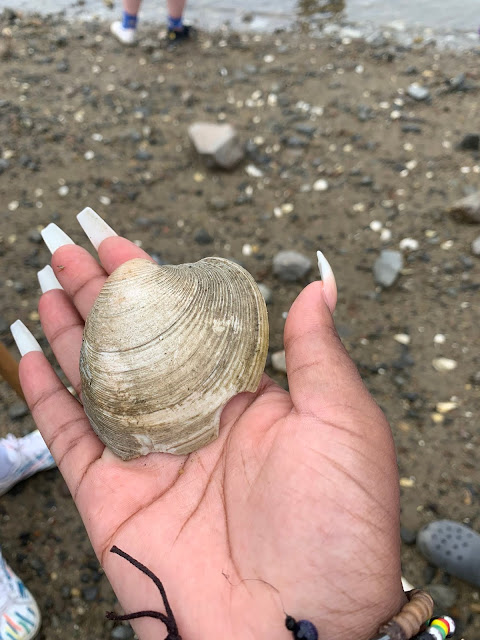