Week 3 was full of bright beaches and surprises! (Well, for me in some ways each week feels like a surprise anyway since it's all new). For this week, my team and I focused on biodiversity in Revere, Massachusetts. Our sites included: Revere Beach, Short Beach, and Rumney Marsh. These sites were accessible via the Blue Line, which was the only line I hadn't been on yet! Exciting huh?

Revere Beach was really cool! It was the most sizable beach I had seen yet. Stretching all along the coastline, it was full of people already. Definitely more accessible than Carson Beach because it was right off the Blue Line stop. You only had to walk a minute or two. We spent the first half of the day toe dipping in the water. Some of us got up to our thighs and even further! The water was a bit too cold for me to do any major swimming (plus I didn't have my swimsuit). We also did some fishing! There were plenty of gulls around and the sand was covered with shells. Later in the day, we met up with the National Park Service rangers and did a really interesting activity focused on invasive species. I remember years ago doing a similar activity in Illinois, so it was cool to see the Massachusetts harbor species. I don't think I had ever seen or interacted with so many crabs before! Mussels, oysters, clam shells, even hermit crabs and periwinkles galore.

While tackling Revere for our neighborhood sites, we also got to go to another familiar place.We met up with Jason and Caroline's groups to do an All-Access day with some Boston organizations. It was really fun and I think it was really nice to interact with more kids, other organizations and groups at Spectacle Island. We did more fishing (Danny caught a crab!) some of my group members did a hike, and I finally got to do some swimming (even if it was only for 10 minutes). it was funny how it was surpposed to be raining with thunderstorms and ended being a gorgeous and hot day out on the beach! The weather really is wacky.

Thursday was super interesting...totally confused on how we get to Rumney Marsh we bravely got on a bus that looked like it was taking us to the middle of nowhere! We went in unarmed with bug spray to the marsh only to stay about 5 minutes after getting eaten ALIVE by all the mosquitos. If it hadn't been so intolerable we would have stayed longer, but it was crazy how many bug bites we were getting. Even for the short time we spent there, we saw a ton of amazing species of plants and animals (including a black and white speckled moth and a cute toad!) 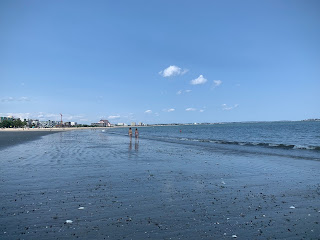 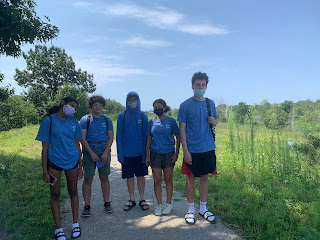 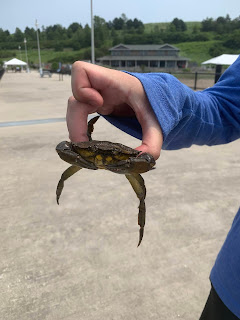 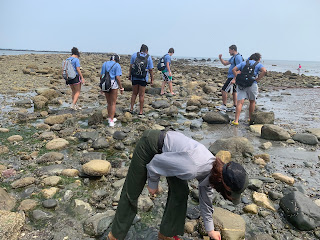