Before I came to Boston or had any inclination of what a "Bostonian" would be like, I think the media gave a very particular depiction. For example, Matt Damon in Good Will Hunting. In addition to hearing a very thick Boston accent, I think it's safe to assume that this a very niche group in a particular neighborhood. I hate to give the impression that this is what I expected when me and my team went into South Boston for the first time, but then again, I don't think it was necessarily wrong to assume that either. Knowing full well there are many kinds of people in Boston, the stereotype of a Southie resident is more prominently represented in media than other kinds of Boston natives. Regardless, I was finally ready to see what South Boston had to offer outside of mainstream narratives; specifically, on the theme of beach accessibility.

I didn't realize how many beaches Boston would have. In terms of accessibility, I wasn't sure what to expect since I've never really thought about access to the beach before. This is one aspect of ableism that I greatly benefit from. However, one thing my group discussed was accessibility going beyond disability. Thinking about, for example, the feeling of comfort, acceptance and safety. Also, thinking about if transportation can make it inaccessible due to distance/time. For most of our group, we took the train to arrive and leave. For me, it was probably roughly an hour to both come and go when you incorporate waiting and walking time outside of the train's distance from each stop. Walking to Castle Island proved the most difficult because we also had to take a bus from the train stop that only came ever 30-40 minutes (if on time).

My favorite site of this week was the Fort Point Channel. It was already familiar since we had just gone through the Harborwalk the week prior. I couldn't tell if this was a good thing for the kids or not since they are already more accustomed to it than i am but it was a nice day and I will never get tired of the harbor's breeze against my face on a hot day. I felt as though this location was the most accessible because of how many trains there are in the area. Car wise, there is heavy traffic so parking may not be the easiest. But that leaves more space for pedestrians and the green ways and public spaces are better utilized for people than parking lots perhaps...It was fun to end the day playing a game that the kids taught me! Zip, zap, zop! I haven't played games in such a long time, it feels good to be outside again having fun.

Looking forward to next week! See you then, 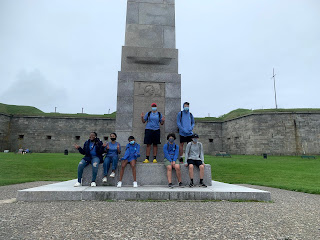 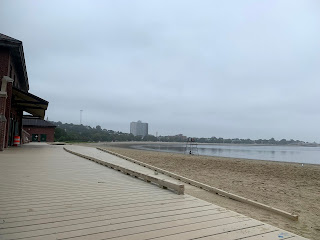 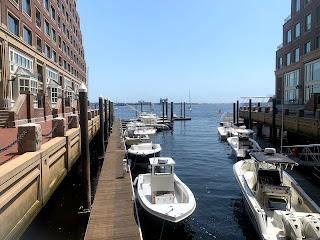 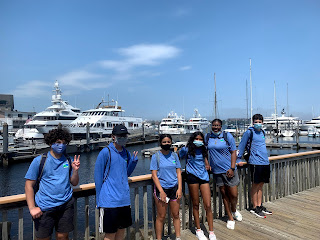