Hey y'all! This week my group started off at Castle Island. After a few hiccups in the morning we spent our time exploring the area, talked about Castle Island's accessibility, and loved every dog we saw. Despite the cloudy day, it was an awesome view and it was nice to see a lot of people out that day. After lunch we played Spoons (a card game) and Uno. It was a pretty chill-ish day, but it was cool to see my teammates competitive side. On Wednesday, we meet up at Carson Beach and continued our conversation about Beach accessibility. We also started to discuss this week's deliverable. Marley, Danny, Aiden, and I played some four square before our day got ended early. On Thursday, we meet in the Fort Point Channel area. We walked around - which resulted in me rolling my ankle...YAY, did a group activity - that then turned into our deliverable for that week, played some hand games and played a VERY competitive game of Zip, Zap, Zop. Maya saw the game going and decided to join in on the fun. My teammate Aiden ended up winning both of the games we played. Shortly after that my group had a therapy session with Maya, Bridget, and Kristen about some things that happened and I appreciated the conversation that we had. And lastly (but certainly not least) was the EASTIE BEACH BASH!! It was my first ever STH bash, so I didn't know what to expect but I was not disappointed. There was face painting, acrobatics, music, fishing/kayaking, sports/games, and much more. I was on the fishing station and it was super fun to work with kids and see how enthusiastic they were about fishing. I am so thankful that I had the chance to attended even though I was dying in the heat. I got to meet some other STH staff that I don't see daily and be a part of a great event! 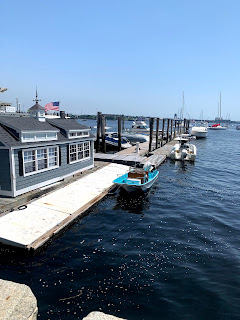 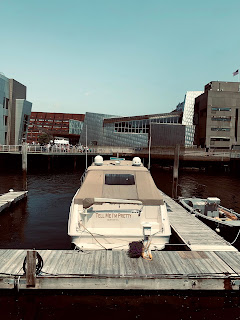