As this week comes to an end, I just cant stop thinking about all of the different organisms that my group and I explored. We went to Revere Beach, Short Beach, and the Rumney Marshes. At Revere Beach, we found a washed up striper that had its eyes eaten, its guts opened, and it was probably over 16 inches long. It was quite ironic that we found a striper washed up on the beach a couple days after fishing there. Aidan, Ruben and I had a wild day of trying to catch these stripers that were literally jumping out of the water and making its presence crystal clear. Unfortunately, we lost all of our bait to a gull and didn't end up catching anything. We also went met the park rangers that introduced us to Boston's invasive species as well as other common organisms. One of the invasive species that I found fascinating were the tunicates. We searched for these invasive species ourselves and completed a bivalve quest afterwards. As the park ranger said, once we learn about these invasive species, you will always be thinking about them when you're out on your own exploring these beaches. Short Beach, as the named suggests, was quite literally a short beach. There was not much to do there, but it was a nice spot to eat lunch. Lastly, we went to the Rumney Marshes. Although it only lasted a little over 5 minutes because we went without bug spray, the organisms that we found made it difficult to leave the marshes so early. Immediately, we were greeted by a swarm of mosquitoes, but not much later, we found a toad, mushrooms, lots of bees, and a rabbit. So many organisms right from the get go, but we could not bear anymore mosquito bites. Hopefully we can explore more of the Rumney Marshes in the future. 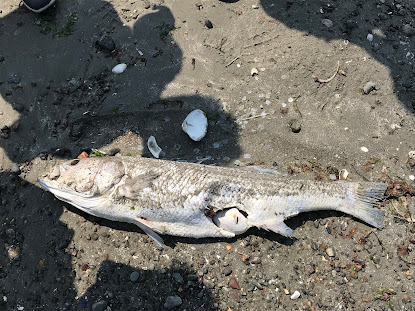 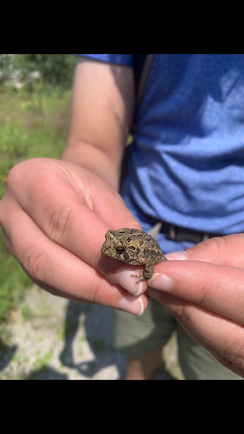