I think that this week was where we saw the most animals. It wouldn’t just be the usual crabs and worms that we see when we are on a beach site either. Whenever we stop to take a break at a park we would see bunnies, cats and dogs with their owners, and multiple species of birds. Especially since half of our deliverable for the week was focused on the species that live and thrive in the East Boston area, meeting the wildlife that lived there was pretty common for us and pretty much happened each day. Not to mention our staff day aquarium trip that happened on Tuesday where we saw a bunch of aquatic wildlife. Including our dawg Myrtle the Turtle! (It's my first year here so I don’t get why she’s our dawg LOL).

But in any case, the aquarium trip was pretty pleasing given that we saw a bunch of sea life in some pretty cool habitats. One of my favorites would be in the “foresty” outside area and the giant tube where Myrtle and a bunch of other fish were. A specific thing I remember from the aquarium trip would be the shoal of fish that just kept swimming in a circular direction. I remember how sad it was that they would just keep swimming in a circle with no other reason to live. I know that that isn’t really the case if they were in an actual ocean. Because then they would have a bunch of free space to find food, swim out in the open, and even just have an easier time. But in the aquarium it just seems that they were just put there for an aesthetic factor like, “wow look how cool it looks, they are swimming in a circle it's so pleasing.” But looking up close it seems like some of them were sick, or were swimming a little slower than the rest.

But yeah, nAtUrE wEeK was pretty fun. Jason made a few new friends too. The mosquitos from…. Belle Isle Marsh :(, and a very nice dog 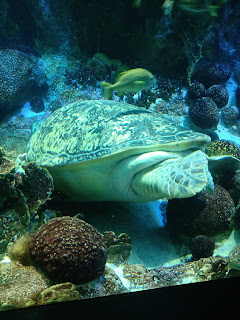 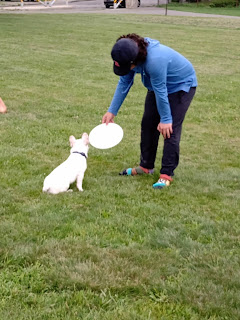