Southie's Fort Independence and a Save The Harbor Sendoff

Team Caroline had a busy couple of days this week. We met with a candidate for City Council, crushed Tuesday’s staff fishing derby, hung out with other environmental youth groups on a harbor cruise, and virtually explored Boston’s iconic Castle Island. 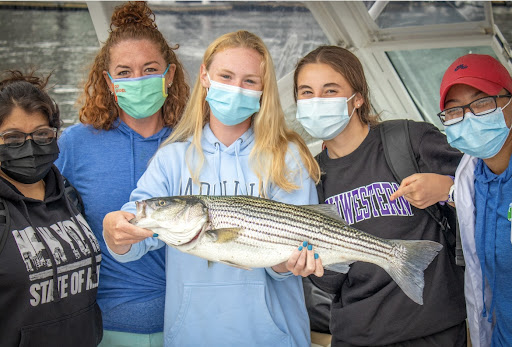 My fishing group at the derby with our biggest catch.

I really like studying American history, so I was eager to dig into the significance of Southie’s Fort Independence. Here’s what I learned about the fort this week!

While Castle Island is now the home of bike lanes, a playground, and (of course) Sully’s, it first became a military site in 1643. British occupiers first built the fort to station their weaponry and military personnel for more than a century. In anticipation of conflict with France, soldiers slept in the fort, which at the time was a combination of a house and weapon armory, before almost entirely abandoning it before the war for independence. In 1776, General Washington wanted to use the site of the rubble left by the British occupants to station forces for the Revolution. Paul Revere trained soldiers at Castle Island for almost three years during the war! Castle Island then served as a state prison for war convicts and the nation’s first criminals. In 1834, the nation began to reconstruct the fort, which they renamed Fort Independence.

Fort Independence continued to house weapons and serve as a storage and military facility during the Civil War, the War of 1898, and both World Wars. Military sergeant and renowned poet Edgar Allen Poe was stationed at Fort Independence in the mid 1800s, and the setting of one of his short stories, The Cask of Amontillado, was modeled after Castle Island. After 1962, the site became a state park and recreation area as we know it today. 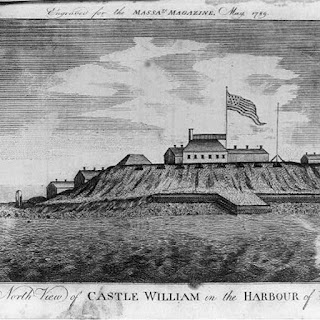 A depiction of Castle Island's Fort Independence from 1789.

It’s pretty cool to think that our nation’s first president used a Boston landmark as a crucial military asset during the Revolutionary War. The Castle Island Association offers free tours of Fort Independence every weekend throughout the summer season from noon to 3:30 -- be sure to check it out! I got all my info from here and here.

This is my last week at Save the Harbor this summer, and I’ve had a blast getting to know my group members and the harbor side areas of the city of Boston. Thank you to Save the Harbor for such a one-of-a-kind summer experience! I can’t wait to stick around for more events in the future.