It's Time to Party!

It is that time again- imagine a private beach, hundreds of campers, loads of food, and most importantly, TONS and TONS of fun! Save the Harbor Save the Bay hosted their third annual Beach Bash and Splash event! 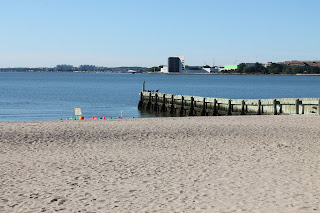 Kids were able to look at a memorial, head to the touch tank filled with green crabs, and two lobsters, fish, swim, build sand castles, and play sports!

No matter what you chose to partake in, fun was a guarantee. For most of the day, I was by the bay fishing with Tom and Anicia.


Tom, Anicia, and I started off each session separating the kids into two groups- one group of experienced and another group of inexperienced fishers. The inexperienced fishers watched Tom's detailed demonstration, and the rest started fishing. I soon found that I was constantly replacing handles, fixing lines, and untangling lines from the kids whom claimed to have already fished before. The biggest lesson I learned, while fishing with the various groups, was that the kids you should really keep a close eye on were the kids that claimed they were already familiar with fishing.

All in all, I had a fabulous time with everyone, and I am thrilled that everyone enjoyed themselves.

The most important thing was that we were able to put and keep smiles on people's faces. 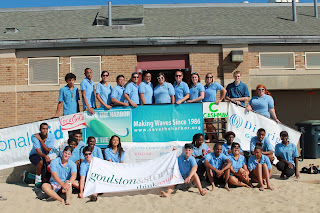