Fantastic cruise with the CHV family !

Hey everyone, Manny here! Just wanted to present this photo of me and some kids from CHV talking, conversating, and getting in touch with our talented side. 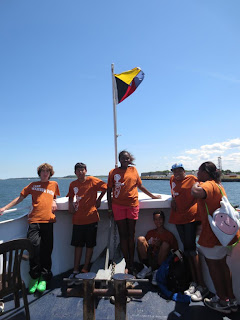 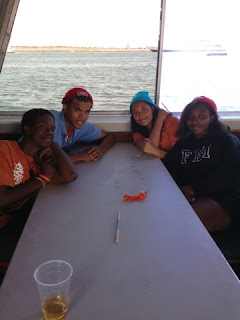 Some of the kids on the cruise had amazing talents, some sang, some had very educational raps. Also I personally got to know a lot of kids, especially my new friend Jenelle, she has an absolutely beautiful voice. I insisted she perform in the talent mic on the cruise because of how impressed I was with her voice. Some of the other CHV campers of course asked her to perform but she still continued to say no. Soon after a lot of kids showed off their skills, whether it was rapping, singing, funny rap battles, and exciting facts that kids never knew about the harbor islands, including the urban legend of the women in black and the story behind Spectacle Island.