First Year with Save the Harbor

Hey Everyone! My name is Madison Murphy and this is my first year with Save the Harbor and I am an LHE! I am currently going to be a senior at Sacred Heart University in Fairfield, CT! I study marine biology with a minor in dance. I am from Winthrop, MA which is right on the water so I have always loved the ocean and wanted to learn more about it! After college, I hope to land a job dancing professionally or working as a marine life trainer/ rehabilitator. My older cousin mike worked for save the harbor for a few years so he introduced me to this fantastic program and now I am so happy to be an LHE! One fun fact about me is that although I missed orientation for save the harbor I was working as a dancer in north shore music theaters production of Aladdin!

This Friday was my first and only day of the week and it was such a fun day! I am currently working at Camp Harbor View and absolutely love my group! On Friday we helped the kids learn fishing fundamentals and helped them identify what they caught. The catch was mostly green crabs, but it was fun to teach the campers and some of the staff at CHV how to identify a female crab from a male crab. It was also so awesome to see some of the campers stepping out of their comfort zones and touching some of the larger crabs, such as a spider crab, that we had caught in the crab trap the group had set up a day before.

I am so excited for this summer and to work more and more with the campers at CHV. One day at the camp was so rewarding because I know that the knowledge I relayed to younger camper will stick with them and will create a domino effect and overall create a positive impact on our planet. This summer I hope to do this more and more as this is something I want to do when I graduate as well; educate the younger generations on the importance of our earth!

The picture I have attached below is of a camper that had just caught a green crab moments after he doubted if he would even catch anything because he had never fished! I had told him he looked like a pro when he told me he had never touched a fishing rod and was nervous he wouldn't catch anything! After this I assured him that if he was patient and had trust something would bite on his bait. No sooner did I say that he felt a tug on his line so I told him to reel it in and I would check his line. Sure enough, he had a green crab on his line. After reeling it in I took the crab off the line and offered to help him hold it for a photo, but he was a bit too nervous to hold it so the photo is me holding the green crab the camper had just caught! Later on during the session, he built up the courage to hold the next crab on his own which made me feel awesome and I knew I had just helped him get over his fear! 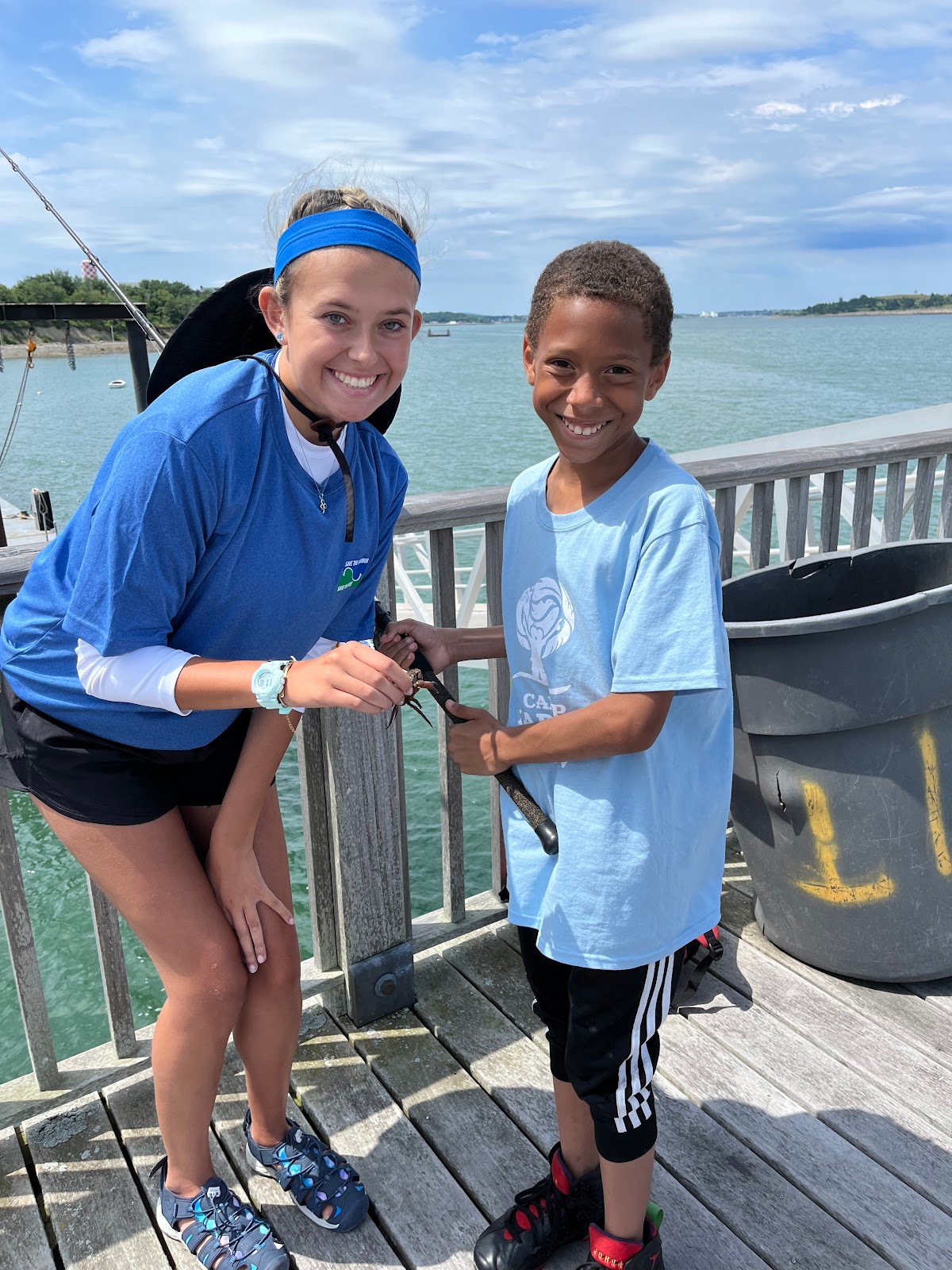