Week #2 and The Evolution of Spectacle Island

Another week for the books! This past week I was assigned to different locations with different people and activities, and I loved every part of it. Monday, I joined our team at Camp Harbor View. Though this is my second summer on the harbor, it was my first time on Long Island. I am truly amazed at not only how beautiful the island is, but also how much Camp Harbor View has to offer kids all over our city; an exploration of the Boston harbor, activities like basketball, rock climbing, soccer and football, fishing, and of course, memories with friends that will last a lifetime. I spent the day with Ari, Seoule, Rick, Harry, Maddox, Madison, and Jaelynne, and they were an enthusiastic and fun group to join for the day. We set up on the dock and waited for kids to make their way down to fish. We caught many crabs, but seemed to be out of luck for anything except some green crabs. I look forward to seeing this group and Camp Harbor View later in the summer.

Tuesday, my group and I headed out to Spectacle Island. This group of campers was the

largest group I have seen for an All Access day. It was definitely hectic and a little stressful, but my awesome team handled it with ease. It was an extremely busy and hot day, but it was worth it to see some familiar faces from camps enjoying the harbor as much as I do.

Thursday was definitely my favorite day of the week; the Fishing Trip! We had a really small group to take along with us, so we were all able to have conversations and get to know our guests. We headed out between Long Island and Hull and started our day. We ended up catching 4 Black Sea Bass, 6 Cunners, 1 crab, and 1 skate. It is an awesome experience teaching someone to fish for the first time, and I still get as excited as they do when they reel something up.

To end the week, my group headed to Carson Beach for a bivalve quest. Though I did this last year, it is still an awesome experience to realize how many species are under our feet while we walk on the beach. The park rangers were extremely resourceful, and I was able to freshen up my understanding of bivalves and some invasive species.

Every time I am on the harbor, specifically Spectacle Island, I learn more about its history and how Boston Harbor has evolved from one of the dirtiest harbors to its beautiful clean water today. For centuries, Spectacle Island has had many different uses like a bone yard for fish, a quarantine for smallpox patients, and starting in the 1920’s, a landfill for communities in the city of Boston. The island stopped its landfill use in 1959 but remained a public health hazard, leaking trash, plastic, and toxins into Boston Harbor. Articles say that on foggy days, ship crews could determine their approximate locations by the strength of the smell from the island. Spectacle caught fire and burned for 10 years, but was still at loss for a complete turnaround. Until, in 1990 the Big Dig Project came about, when it was decided that a third of the dirt and mud would be sent to Spectacle Island. The dirt from the tunnel was then capped, trees were planted, and Spectacle was able to become the beautiful park it is today.

Here are some pictures of my week: 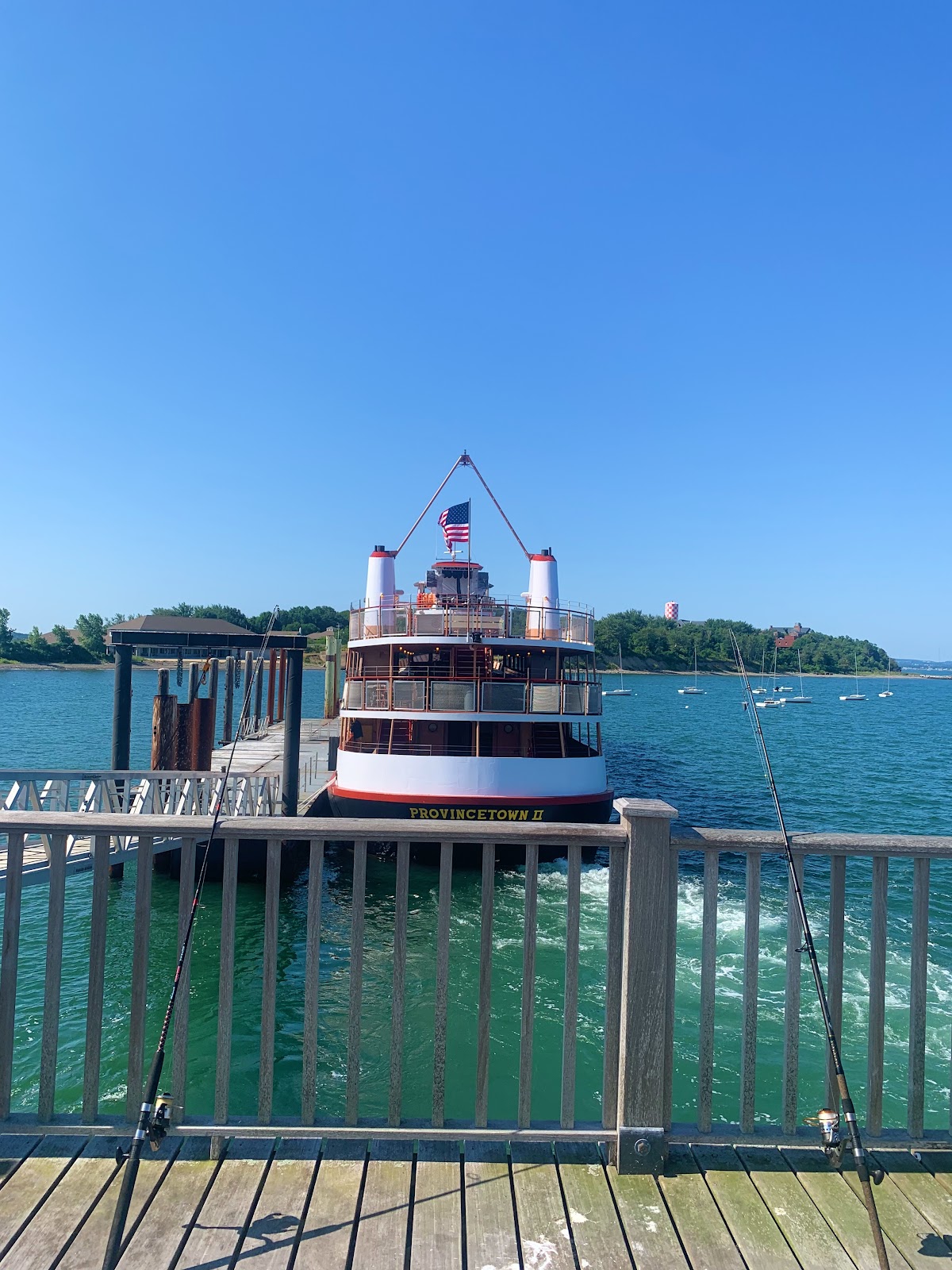 The ferry at Camp Harbor View. 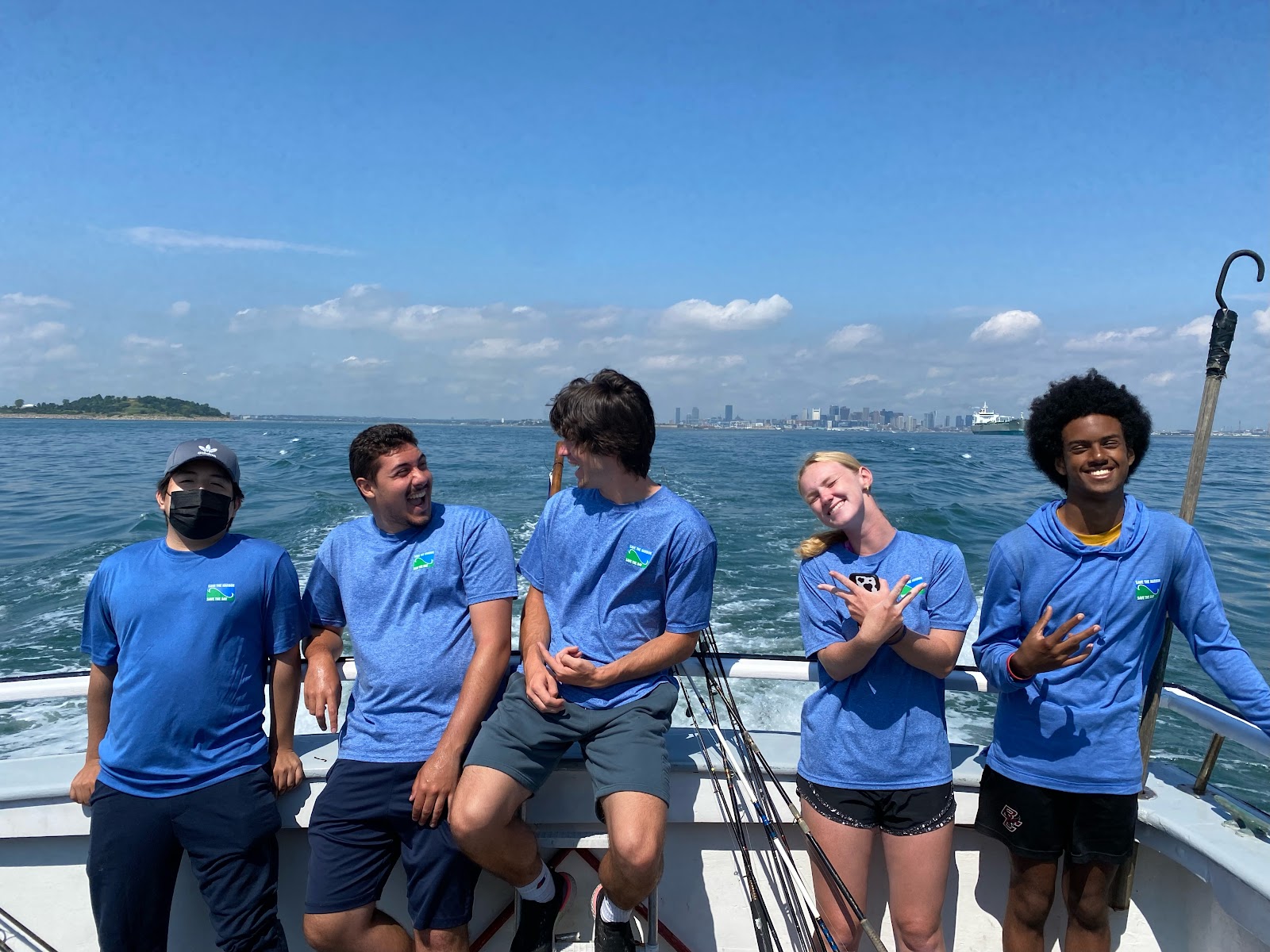 My awesome team on our Fishing Trip. 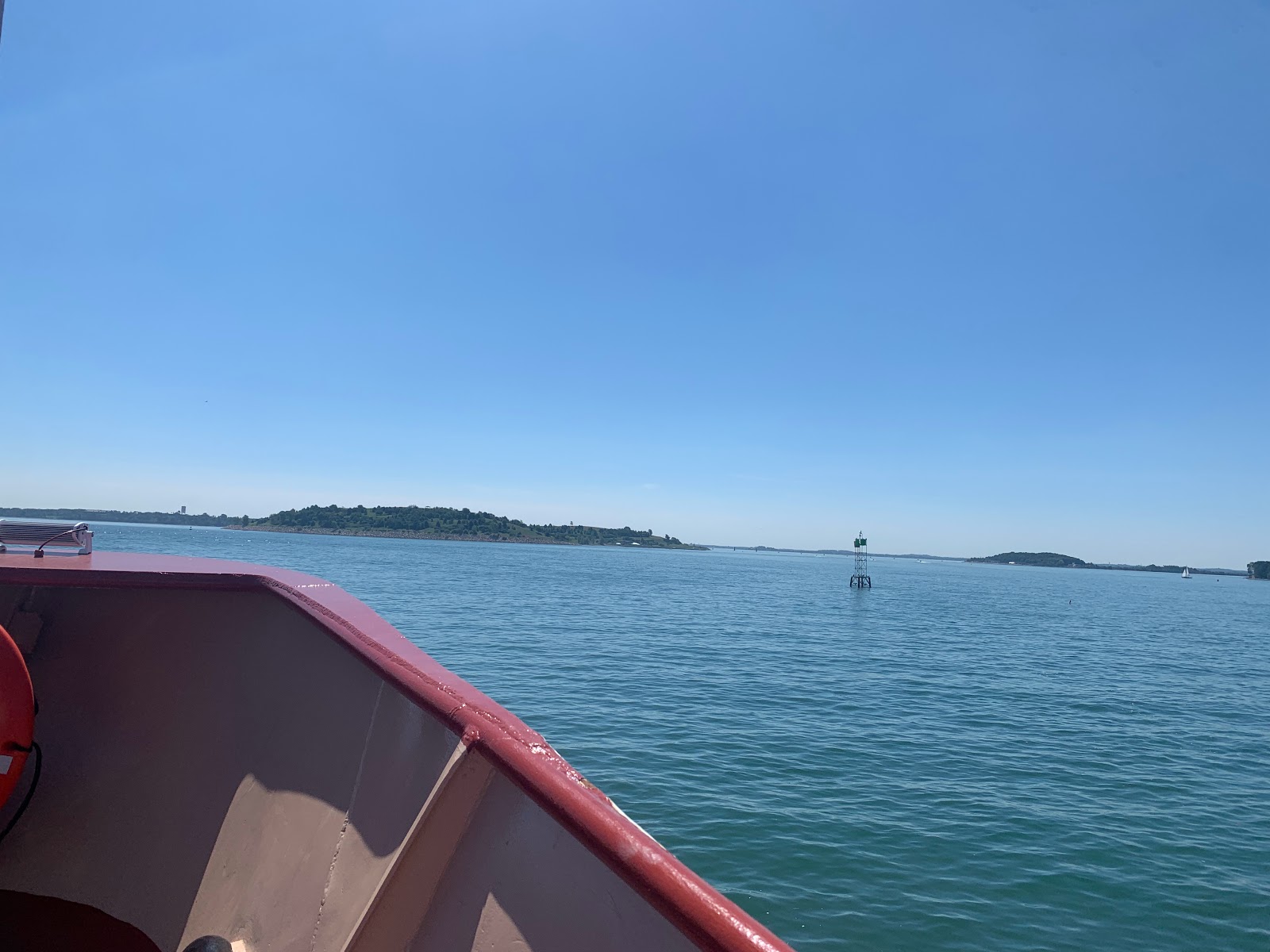 The view returning from Spectacle. A very small crab, which we presumed to be an Asian Shore Crab, found at Carson Beach.
Sea you next week :)
MaryKate Hart
at 1:19 PM