Hey ocean enthusiasts! I'm back again with an update from Piers Park Sailing Center and Courageous Sailing in Charlestown! This week, we did more fishing along each site's respective docks, and we managed to catch a few feisty rock crabs this time around. Thankfully, the folks at Piers Park were kind enough to provide us with a boat this week, and so we got a good look at the water up-close on Thursday too. Since most of the critters we catch end up being crabs, I figured this week I'd tell you some cool info about the two most common ones we interact with- The European Green Crab and the Portly Spider Crab!

The Portly Spider Crab is a species of crab that lives along the sea floor on North America's Atlantic coast, all the way from Canada to Florida. They usually grow to about 4 inches in length, excluding their long legs. They're considered detritivores, meaning they eat dead and decaying matter that falls along the sea floor. If you've seen some of our photos, you'll notice that each crab has a thick layer of algae along its carapace. This is an example of a mutualistic relationship between both species, as the algae is guaranteed a moving platform to grow and propagate, while the crab benefits from the added camouflage.

The European Green Crab is a heavily invasive species of crab native to the Atlantic coast along Northern Europe. They were first discovered in Massachusetts in the early 1800s, and have since been found on the shores of every continent, barring Antarctica. It's theorized that these crabs have become so widespread because their eggs are carried across the world in the ballast water of ships. These crabs actively hunt for their food, targeting bivalves and smaller crabs. Because Green Crabs are such a problem for East Coast ecosystems, there exists a cookbook The Green Crab Cookbook, meant to encourage people to eat more of the invasive species. 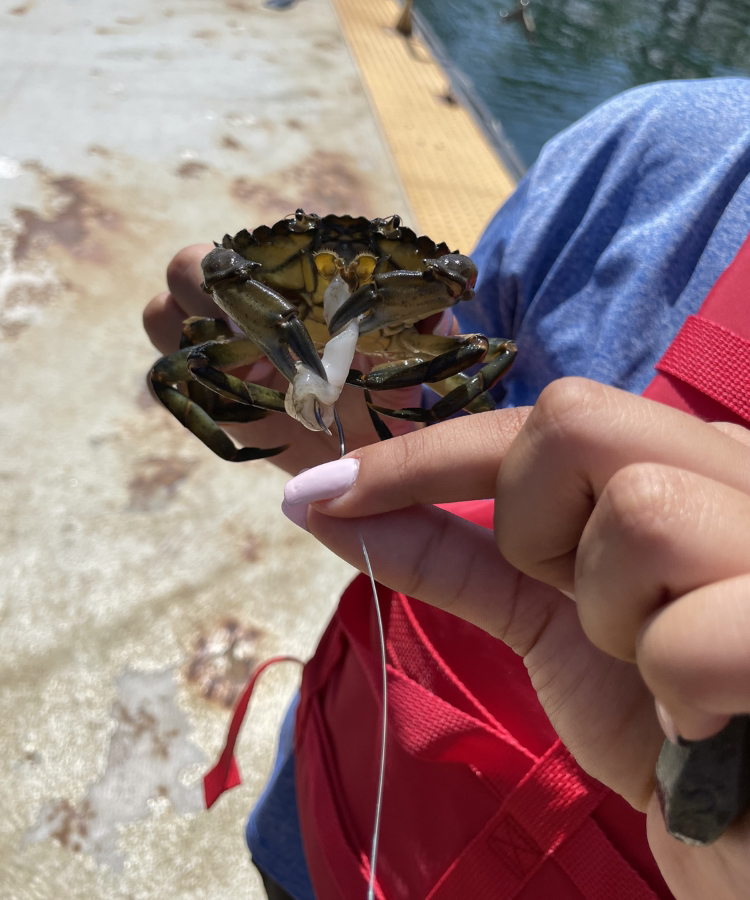 As someone who's tried some of the recipes out of the aforementioned cookbook, I can confirm to all you curious readers that Green Crabs do indeed taste like crab.

Overall, I'm excited for what next week has to offer! Whether it's more of the same, or something new comes up, I'll be sure to keep you all posted!