Somethings Fishy! Week 3 on the Harbor!

Week three was full of exciting fishing trips, beach bashes, and days on Spectacle and Georges Island. My group and I started the week on a fishing trip with the Leahy Holleran Teens group. There were a lot more kids than we originally anticipated, so the boat was busy and chaotic. We were initially unsure if we were going to be able to fish, but our group and Charlie made it work. We assigned two or three kids per fishing rod, and the Save The Harbor staff moved around the boat helping with any issues, confusion, or just some curiosity. On the way out, Ruben taught me how to line a reel, so I could help set up the rods and get them ready (you learn something new everyday!). As soon as we got out there, we started reeling up an awesome amount of fish; black sea bass, skates, and some cunners. The fishing trip was a great success. On Tuesday, we headed out for another All Access day at Spectacle Island. All Access is definitely my favorite part about Save The Harbor, and I can't wait to be assigned there for the next few weeks. This week was extremely hot, so it was awesome to see so many people enjoying the water. On Wednesday, we headed out to Georges Island, which is my favorite island that I’ve visited so far. When we arrived, we ate lunch and split into two groups; one group was to tour the fort, and the other was to fish. I was in a group with Alex, Maria, Melanie, and Lauren. I saw new parts of the fort that I had never seen before and had time to read the plaques about the history of Fort Warren, all while having great conversations with my coworkers. Thursday was definitely my favorite day of the week, the beach bash!! A big group of us were sent to Constitution Beach to work the beach bash, where we had face painting, games, swimming, food, and a dance floor. I had a wonderful time playing with the kids from Day Trippers camp and also seeing coworkers that I don’t see as often as others. Unfortunately, my week ended on Thursday, but I am so excited for next week.

My group has been assigned many fishing trips in the past few weeks, so I’ve learned so much more about marine life in Boston Harbor. The species we encounter most, of course, are European Green Crabs. The European green crab, whose scientific name is Carcinus maenas, is a small shore crab whose native distribution is in the northeast Atlantic Ocean and Baltic Sea, ranging along coasts from northern Africa to Iceland. A green crab is what we call an Invasive Species, which is an introduced species that, overtime, becomes overpopulated and harms its new environment. Green Crabs are known for damaging eelgrass and reducing habitats, which have caused many negative impacts to diverse communities of species, specifically shellfish populations including quahogs, soft-shelled clams, and bay scallops. You can identify a green crab by the number of spines next to the eye, as they are entirely distinct from other native crabs with its five marginal teeth. They range in size, usually from 2.5 to 4 inches across its shell. You can find European Green Crabs near rocky shores, cobble beaches, sand flats and tidal marshes.

The next species I'm going to talk about is a Black Sea Bass, which we encounter frequently during our fishing trips. You can identify Black Sea bass from their appearance, as they are usually black, though the belly is slightly paler than the sides, their fins are dark with dusky spots and the dorsal fin is marked with a series of white spots and bands. Black Sea Bass can grow up to 2 feet long and 9 pounds! You can find the black sea bass all along the U.S. East Coast from Cape Cod to the Gulf of Mexico, usually in association with structural habitats. Some fun facts are that females generally live up to 8 years, while males live for 12, and females can produce between 30,000 and 500,000 eggs in a spawning season (crazy, right?!).

This week was another amazing week on the harbor, and I’m looking forward to spending more time on the harbor with my coworkers in the next few weeks.

Sea You On The Harbor, 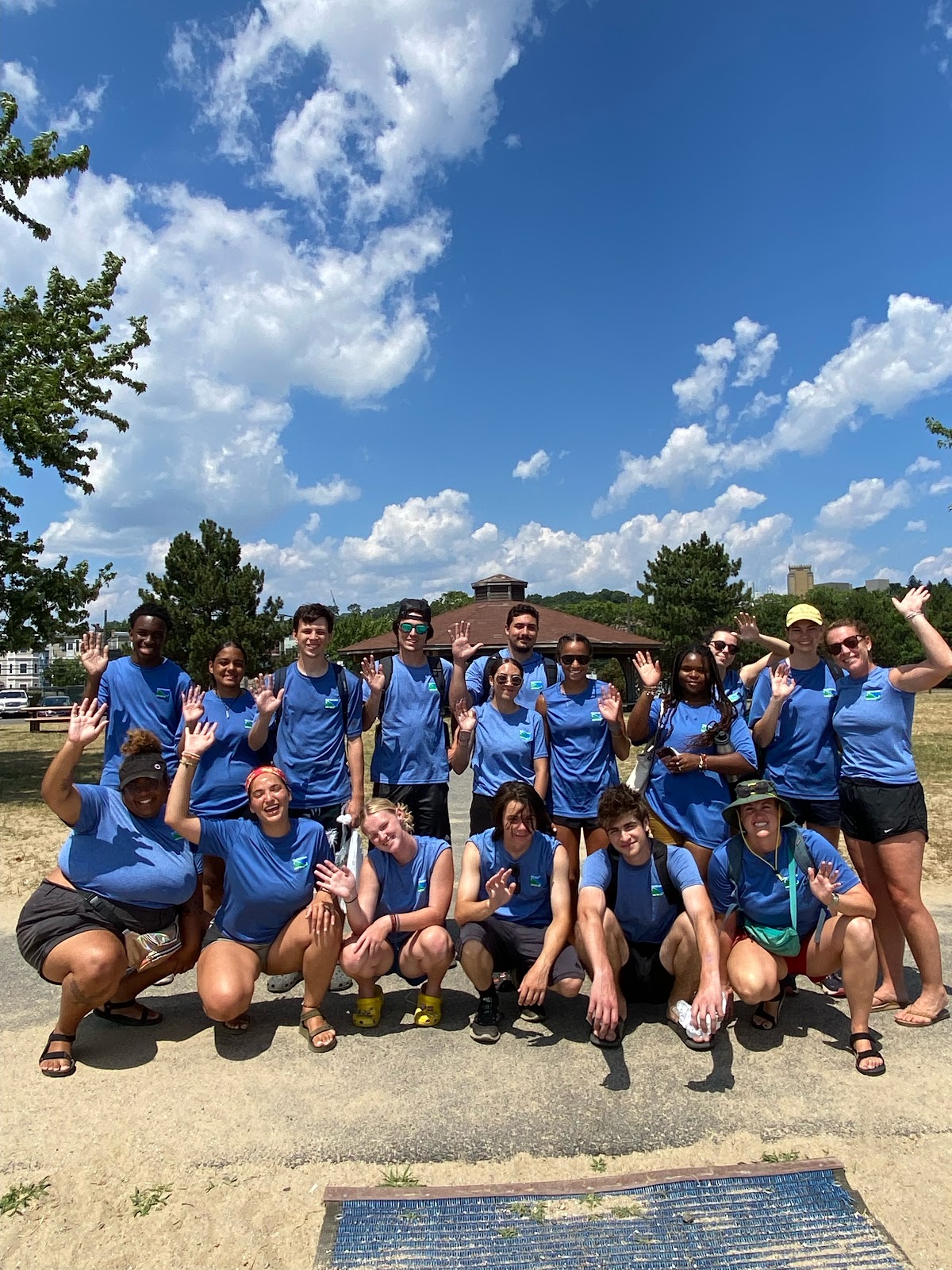 Me and my coworkers after finishing the Beach Bash at Constitution Beach. 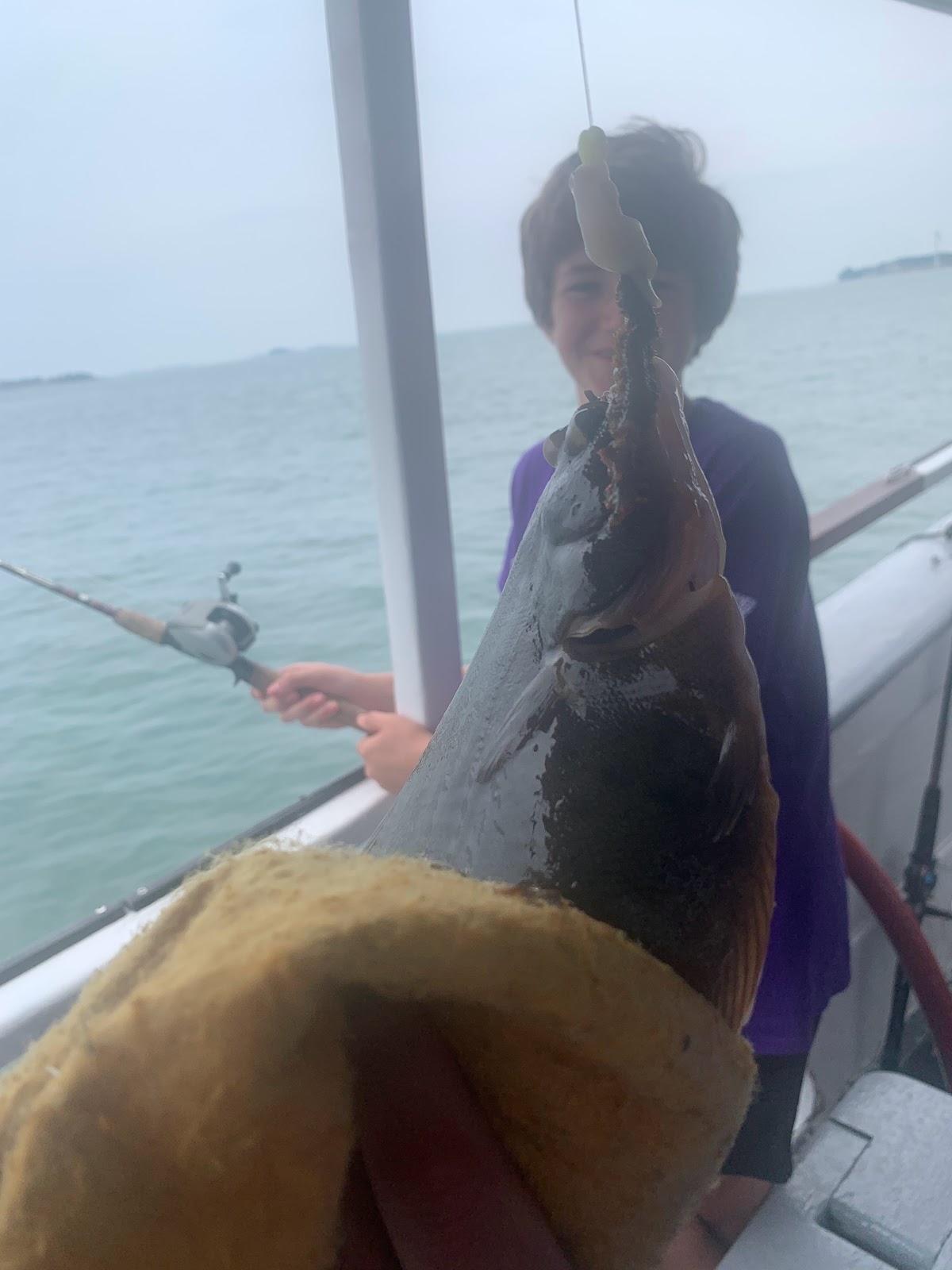 We caught a flounder! 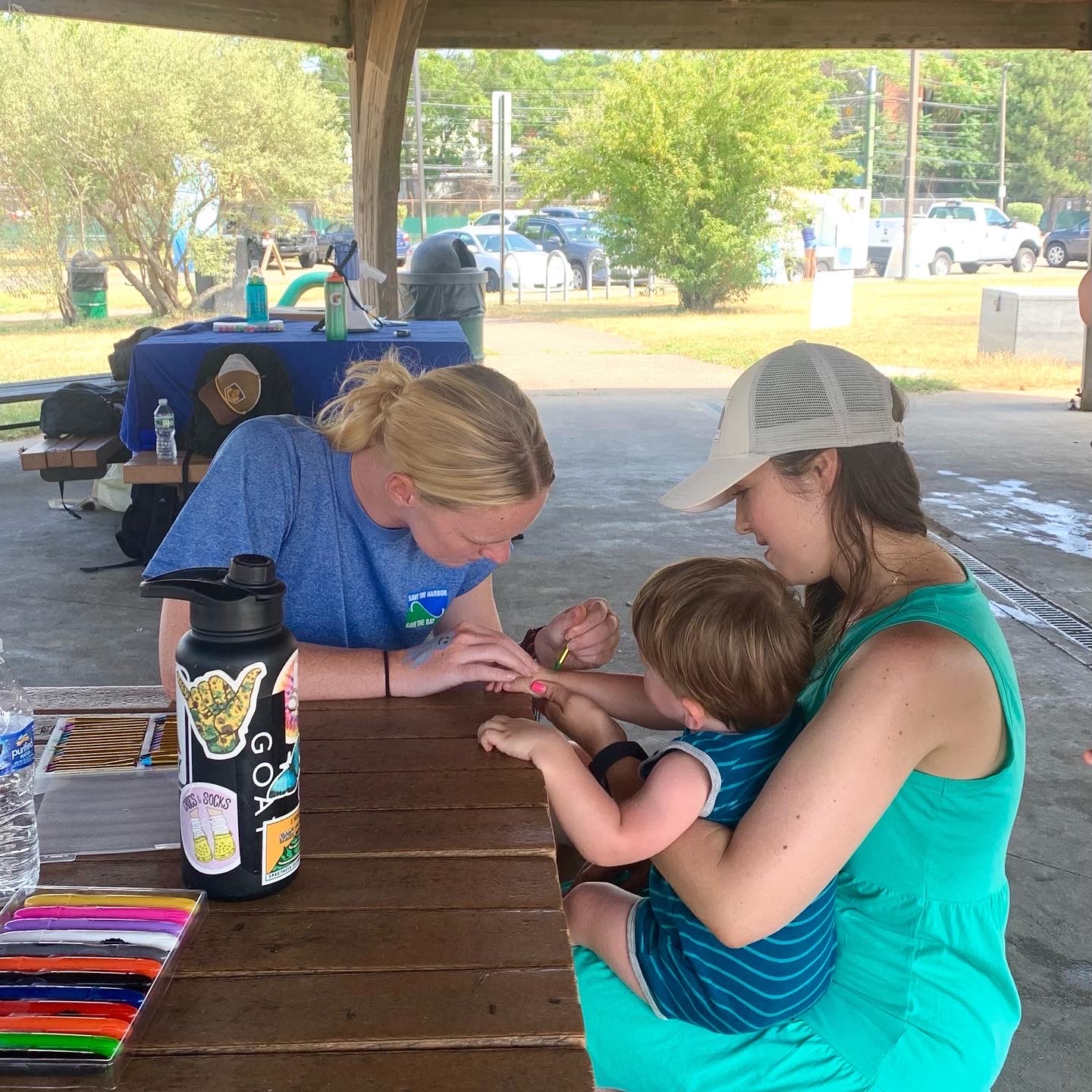 Ari and I were assigned the face painting station at the Beach Bash :) 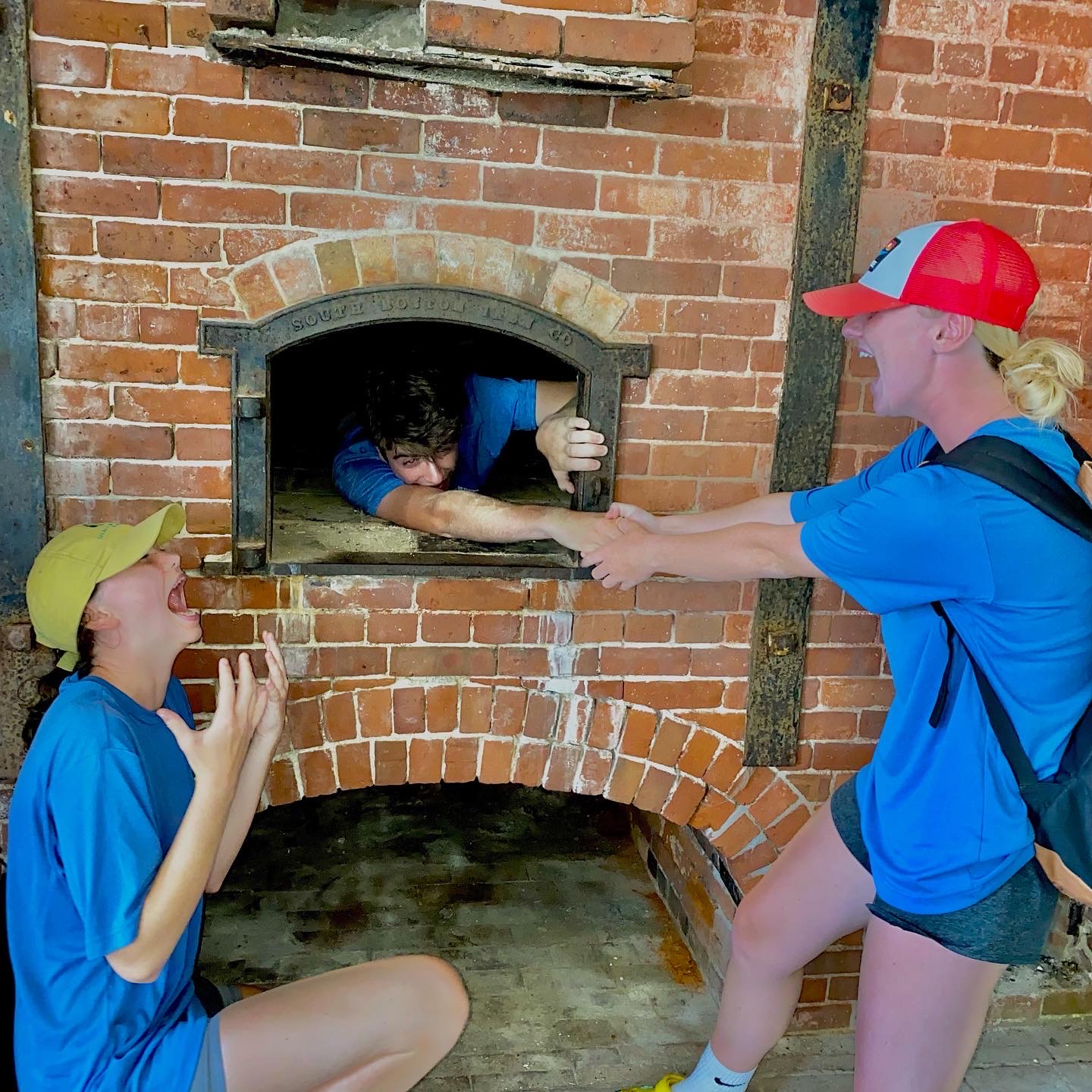 Lauren and I trying to get Alex out of the bakery oven at Fort Warren on Georges Island!