Where did all the fish go?

As a team, we like to do more than just fish with the kids at Courageous Sailing Center in Charlestown. We like to sit the kids down and give them a mini-lesson on different topics of the oceans and animals that live in the waters. Today was my turn to lead a lesson and it was not easy. I told the kids about the growing problem we face today that is affecting the world. This problem is "Over fishing"! We humans are taking more fish out of the water than the fish could reproduce. This cripples their population and if we keep going at this rate there will be no more fish left to catch! Teaching this topic to young children was no easy task. I needed to figure out a way to explain to them without scaring them. This is a very adult topic and it is really scary even for me.
Many different species of fish have become victims to this increasing problem of over fishing. For example, the Blue Fin Tuna has decrease 90% in population stock from its initial numbers prior to being fished. 90% of these fish have been taken out of the waters faster then they could contribute to the one for one law of nature. Think about it; if the worlds population is roughly 7 billion people and something were to happen where 90% of us were wiped out, that would only leave about 700 million people in the world population! 700 million people is nothing considering the original 7 billion. At the rate we are fishing, it is predicted that the fishing industry will be depleted by 2048. That seems like such a long way from now but regardless, it will be here sooner than we think. There are laws in place that are contributing to the restoration of the fish populations we have crippled. One law is the regulation of the size of fish people are able to keep if they catch one which varies from species to species. Methods like fish farming are also being used which is basically breeding fishes as you would with cattle on a farm. 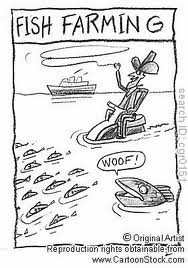 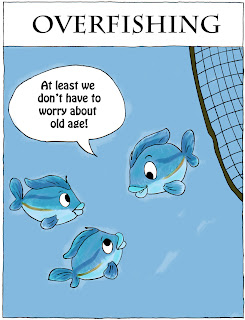 This was a great learning experience for me as well because teaching is not really one of my strong suits. I am not a very good teacher and have trouble stringing ideas. I just have some sort of mental block that I cannot get passed. This did not stop me from teaching them because there is nothing but room for improvement. Every experience I get teaching, is another experience to learn from and do better the next time. I did not imagine that this was a skill I would be improving this summer but I am not complaining. Any opportunity to better myself in any aspect is not a waste of time.