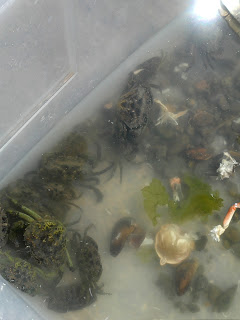 Wednesday at Black's Creek in Quincy was a great day. The kids caught a huge amount of marine life. They caught the most periwinkles that I've ever seen. Last week the kids were not finding that many and I was begging them to catch a few. But, they definitely shocked me with the amount they caught. The touch tank really looked like a city of periwinkles with a few tourists. 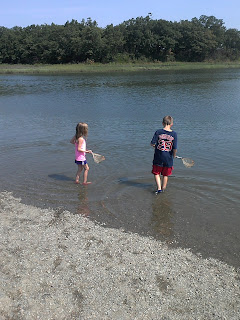 The kids also got to see a crab be a cannibal and it was very fascinating to watch. A female green crab began to eat another crab in the touch tank right in front of us. At first the crab appeared to just be nibbling on the other crab, but then it tore it apart. We tried to save the crab, but it was already dying so we let the crab continue eating. Definitely unexpected to see at that moment, however it's common because crabs do eat other crabs. It was an amazing day at Black's Creek and I can't wait to see what animal takes over the touch tank next time. 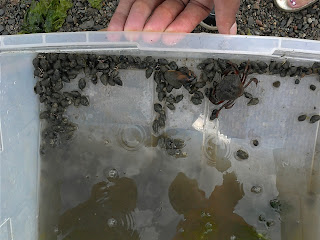