This week I was at Castle Island with my team. We fished the first day but that ended quickly because of the thunder storm that rolled into Boston. The next day we drew sea creatures in Massachusetts water on a mural. After that we went fishing and threw the crab trap into the water. The crab trap had more success with catching things rather than the rods did. The crab trap caught lots of green crabs and it caught a big spider crab. Another crab had its claw missing which meant it probably lost it to a predator. The third day was a Harbor cruise on Charlie's fishing boat. We saw a bunch of the islands that surround Boston and David Coffin taught us a lot about them.
I think the coolest thing that we caught this week was a spider crab. Spider crabs are typically anywhere between half an inch to about two and a half inches long in North American waters. Spider crabs can be found all over the world in many different sizes. The largest spider crab can be found in the Pacific ocean near Japan. Those are known as Giant spider crabs because they grow up to 13 feet in length. They live in temperate waters, basically along the coast line in every ocean. Spider crabs are omnivorous and they eat algae. A fun fact about spider crabs is that they have poor eyesight, so they use the sensitive organs on the end of each of their walking legs. To protect themselves from predators, they waive their claws around to warn them off. (https://www.acaquarium.com/animals/common-spider-crab-2/)
Another little critter that we saw this week that I didn't find as interesting was the striped bass. Ruben spotted it off the dock once we got off of Charlie's fishing boat. Him and Charlie kept putting their rods into the water to catch it. There were two or three of them and they were both around twenty or so inches. Striped bass live in the ocean and return to freshwater to spawn. Younger ones stay in the freshwater estuary till they are grown. The typical size is between sixteen to thirty inches. They range from the Western Atlantic to the northern Gulf of Mexico. They are indigenous to the Atlantic Coast and are opportunistic predators that eat plankton, crustaceans, and small fish. A fun fact is that they are nicknamed stripers, linesiders, or rockfish. 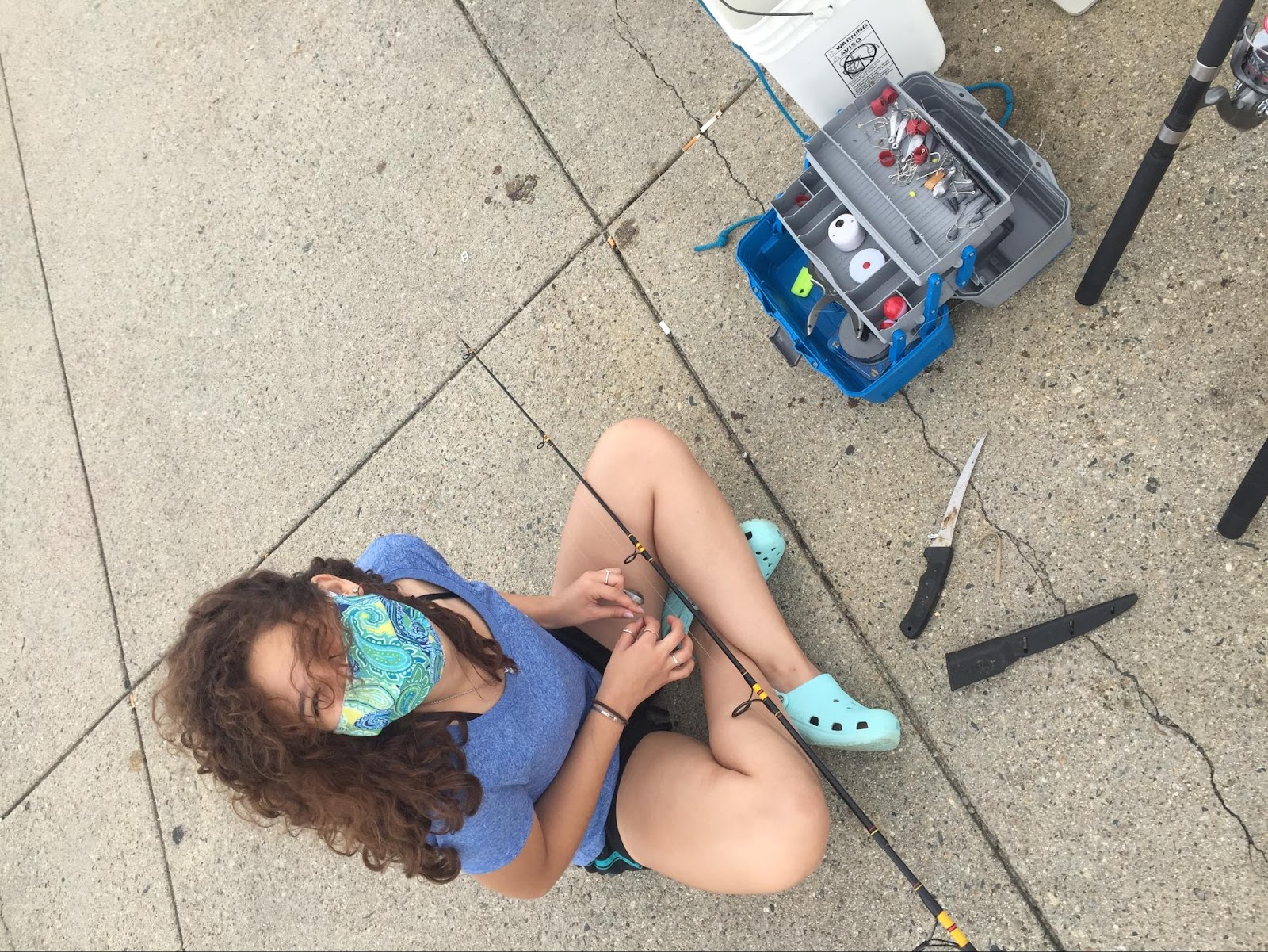 McRae taking a picture of the mirrorlike building
#summer2020 #CastleIsland
at 8:22 AM