Environmental justice means ensuring that all people, regardless of race, culture, or background, have equal rights to a clean living environment and access to public areas that can be enjoyed without risk to those using them. This week, Team Claudia was in Fort Point Channel searching for climate justices and injustices, learning about water quality on the Schooner Roseway, and looking at footage of life underneath the Boston Harbor waters. 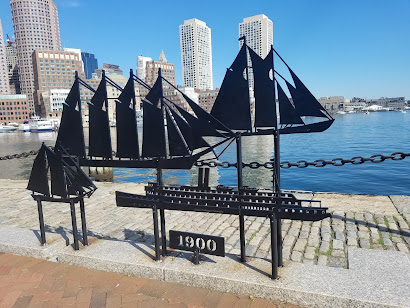 Monumental structure on the Harborwalk

When I think of a big environmental justice success, I think about the Safe Drinking Water Act passed by congress in 1974 after communities in the U.S. realized water quality is important for a high quality of life. The US Geological Survey now has an online tool that helps you learn about the quality of streams, rivers, and freshwater across the states. Find it here!

On the complete opposite side, when I think of environmental injustice, the 2010 BP oil spill on the Deepwater Horizon rig in the Gulf of Mexico pops up in my head almost automatically. It was the largest marine oil spill in history! It spilled 4 MILLION barrels of oil in the Gulf of Mexico and had irreversible effects on the marine and coastal environments. These kinds of environmental disasters are incredibly difficult to contain and even more difficult to pin point where they affect. You can't simply clean up an oil spill in aquatic areas with a rag or nets. Instead, a chemical called a "dispersant" is used to break up the oil and dilute it so that the impact isn't as bad in one area, but spreads out instead. This makes you question how much of the world an accident like this actually impacts!

On a more Boston-related topic, the small city of Chelsea, just north of Boston, struggles with air pollution. This is because Chelsea is known for it's industrial history as well as ongoing industrial projects, like the import of scrap metal for example. Ships constantly coming in and unloading materials most certainly affects the air quality with emissions from boats and metal particles. Currently, Chelsea has a high minority and immigrant population, likely due to how affordable housing is. It makes you think about how environmental justice affects these groups more than others as well as lower-income groups. 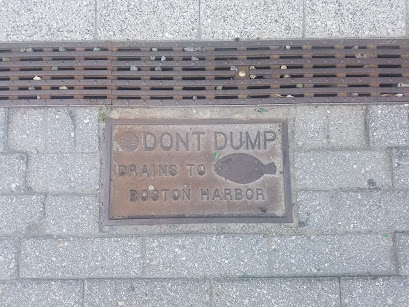 Every person should be concerned with the topic of environmental justice because it affects everyone of us, from the air we breathe to the public spaces we enjoy. Youth and people of the community can be more proactive in topics of environmental justice by getting school programming involved with the city council and state legislators through attending meetings, writing letters, and calling about important topics to you!

Catch me on the coast!