Fun in the Sun!

Hello again, it’s Maeve Fittz and this week is a little less crazy than last week for those of you who remember. I jumped around from 3 sites last week within a five day span! This week I have decided to make my blog about a specific theme: my activity of the day.
This week I started out at Piers Park which was a normal day until after lunch when the Save the Harbor staff was tasked with coming up with a fun activity to engage the kids for the next hour. Our SHE, Meaghan, had a fun idea where we briefly taught the kids a little about the important role that leaves play in the environment. After that, we took our groups around Piers Park to find various leaves that they would like to make a leaf print out of. Next, we gave each child a piece of paper and some crayons, instructed them to put the leaf under the paper and then to use the side of crayon to trace the leaf. There were so many types of leaves in the park that each child's artwork looked different. It was a really fun activity and it was cool because the kids were learning about nature while making art at the same time.
On Tuesdays instead of going to Piers Park we go to the Courageous Sailing Center to fish and play a game with the kids. For the first session at Courageous I was running the fishing group which was fun because we got to see a lot of sail boats go by. In the second session I was running the activity which was Pictionary: Boston Harbor Edition. We split up the kids into two teams and we had a bunch of pieces of paper with words on them that the kids had to draw. If their team did not guess the picture within three tries then the other team could try and steal. The games were really entertaining because some of the pictures were hilarious looking. 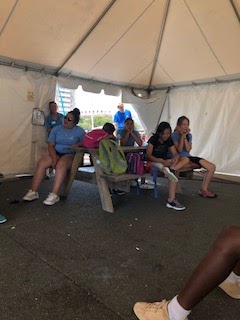 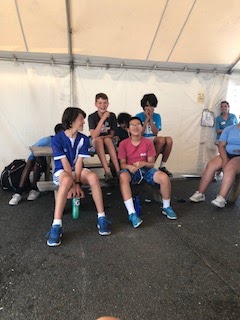 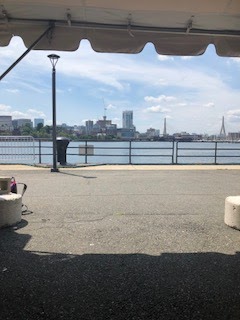 On Wednesday I did not go to Piers Park because I was asked to represent Save the Harbor, along with my coworkers Eric and Kharliyah, in front of a group of funders. Before we were able to impress the funders, Kharliyah and I were tasked with cleaning out the supply closet in the office which was NOT easy. It took us almost three hours and about 5 garbage bags of trash. I have to say that I felt really accomplished when it was all done so that was my activity of the day on Wednesday.
On Thursdays we have a half day at Piers Park and then we take an uber to Community boating on the Charles River. To continue with the theme of the the activity of the day, at community boating we taught the kids how to use a refractometer. A refractometer measures the amount of salt in water by seeing how the light refraction changes because of the amount of solution in the water. We had 5 cups of water and we put different amounts of salt into each and kept track of which had the most and which had the least. The kids could take a drop from each cup and then write down the order they thought was correct. After that was finished we did our usual fishing programming which was difficult that day because of the sweltering heat. Besides the temperature it was a great day to be out on the water and to be able to interact with different kids for a change. 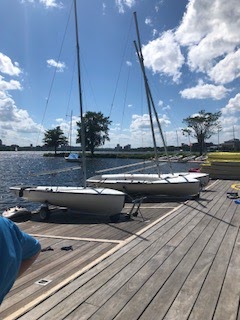 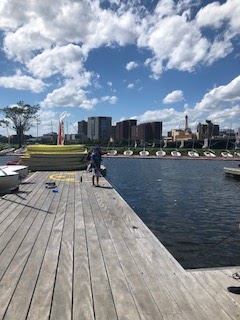 I hope you guys all enjoyed my artwork this week because I put a lot of effort into it! Talk to you next week!
-Maeve Fittz
at 1:09 PM