Hello followers! Maeve here and I am about to tell you all about my most recent week on Boston Harbor. On Monday I was put at Piers Park Sailing Center where I was most of last summer so it was nice to interact with their staff again. We started the day with a game of tag on the lawn and then we learned the rules for the week. After that we went on the dock where we teach kids how to use the rods, how to identify a crabs gender and how to identify different types of ocean animals. In the middle of our programming it got very dark and cloudy over downtown Boston and then it began to downpour on us! The kids loved it and they wanted to stay on the dock so we did and it passed within 5 minutes. It was nice to get a break from the hot sun since the rain really cooled us down. 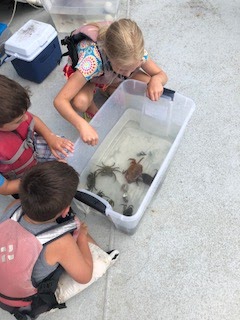 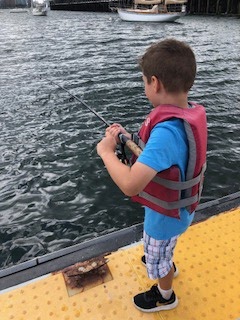 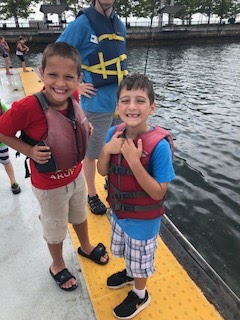 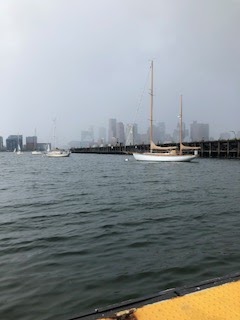 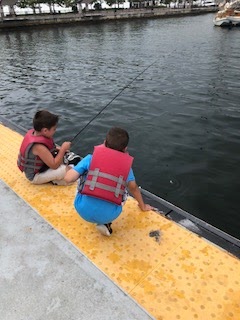 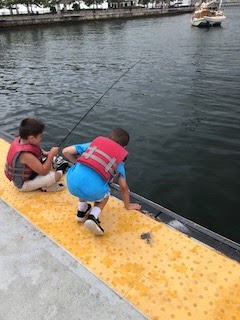 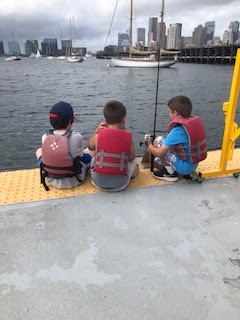 On Tuesday I was put at Blacks Creek in Quincy, where I was all last week. Every day last week the kids worked on building a little lake for the crabs and they get better and better at it each day. Today they had a lot of help because our second group of kids was rather large which meant they made a big lake. They spent most of their time on it figuring out how to make the bottom walls stronger since the beach is slanted a bit. They finally finished and there stood a beautifully engineered crab lake.

Since this week has been full of clouds and spotty showers, it is not unusual that on Wednesday at Piers Park we got poured on. We were fishing on the dock and it was really windy. All of a sudden it was pouring and the drops were the size of quarters. However, this only lasted about 3 minutes and then the skies cleared up really fast. This was not the case on Thursday though.
To keep with the theme of switching sites, Thursday I was at Blacks Creek once again. What I thought was going to be a rainy day that would ruin all of our fun turned into a nice shady day since the dark clouds were there but no rain fell. The first session of course worked on making a nice pool for the crabs to swim in but they didn’t have enough time to finish it. One really exciting thing that did happen in the first session though is that we found the biggest horseshoe crab yet! It was huge, so huge that it was too big for our touch tank and we had to let it go soon after we caught it.
Luckily, the second group was just as interested in making a crab pool and they had plenty of time for it. Before we went up to the Gaga pit we had a crab race which was fun because we made a competition out of it since usually we just dump the crab bucket back into the water. We only had 6 kids in the second session and all 6 of them wanted to play Gaga ball so bad that we went up to the pit for the last 45 minutes of the session. Time at Blacks Creek goes by relatively fast because there are only two sessions and you get to be with new kids all the time. 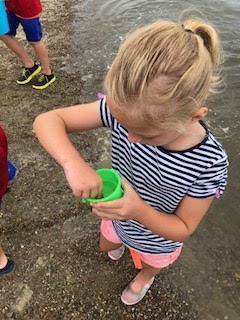 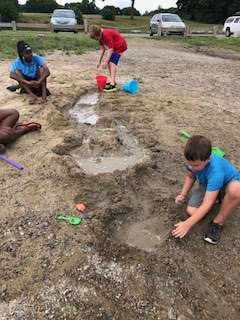 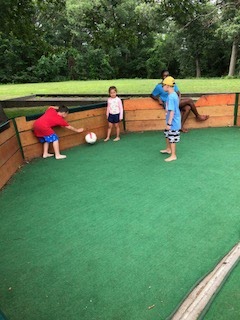 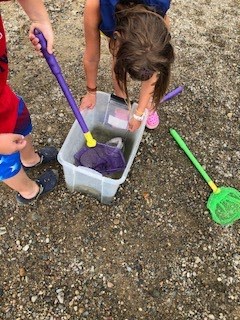 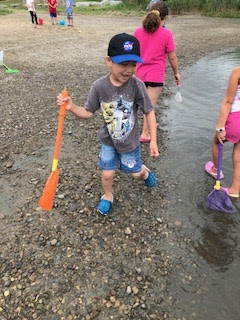 Friday was the Beach Bash and Splash (not a mini one this time) at Carson Beach in South Boston. To help set up for the hundreds of kids that would be showing up at 10 am, there was a lot of setting up that needed to be done to prepare. By the time we finished setting up signs and games, all of the kids had shown up and I went to the fishing group where we caught tons of crabs. Although we already had about 20 crabs in a bucket for the kids, each new crab was just as exciting as the one before. I would say that fishing was the busiest activity of the day because we had a steady flow of kids for the entire event. We got a delicious lunch of hot dogs, veggie sticks and baby carrots and the day flew by! It was the perfect weather for a nice splash into the ocean and I have to say that I am very grateful to be assigned to fishing so that I could cool off by being knee deep in the water. Friday was overall a very fun day for all of the kids that participated and even for the staff too! 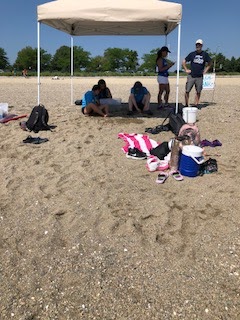 I hope you have enjoyed reading about my crazy week working for Save the Harbor. The weeks are going by so fast this summer but at least we have all of August left.