Each morning before going out on the boat with All Access, David Coffin says to the youth participants: “I want you to do something today that you’ve never done before”.

Everyday I have spent at Save the Harbor/Save the Bay I have had new experiences. 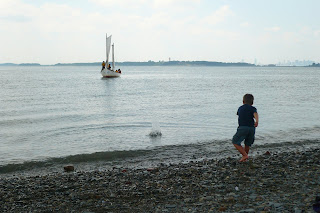 My name is Alize and I am a French Policy/Environment Intern at Save the Harbor/Save the Bay. In less than a week, I have had the awesome opportunity to leave the office twice to go out with All Access. We went to two of the , and . I have never gone to any of before. New experience? Done.

Before the children arrived at the Bank of America Pavilion, Thi put a lobster on the touch tank so the children could see it. I’ve never grabbed a lobster before. New experience? Done. 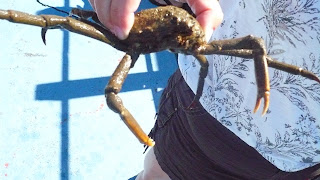 On the islands, I discovered new things along with the children. Walking on and going through the tunnels was really fun, and a bit impressive, I tried not to show that I was worried!

A phenomenon we observed with David while he was showing us the first lighthouse of . Here in , lots of places are “the first”. That is quite crazy for me, as an European girl, to be able to say this is the “first” of your country! 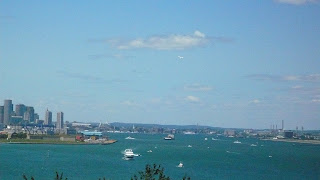 On my second day out, I went to which I really enjoyed. We went on the top of the hill with BJ and Thi. The view from there is so beautiful, you can see , the other islands, and the planes landing on the airport. I hope I can go back there and see this panorama again!

It was a windy day so we flew kites with the kids. It was the first time I handled a kite since… I don’t even remember when! I confess, the kids were doing so better than me! We have a lot of fun there. Luckily the boat was a little late, Thi and I even had the time to swim quickly before going back to . 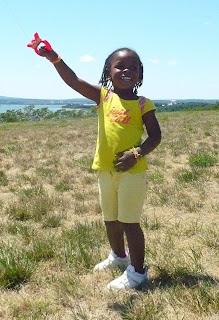 I could easily see how the is for everyone.

PS: Thanks Cassie for the editing!

Alize- this is definitely one of the best posts all summer! glad you're having fun!