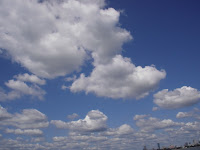 Once again, the brilliant day that only comes once a year arrived, I am referring of course to Staff day at Save the Harbor/Save the Bay. For those who are unaware, Staff Day is a day when the field agents from the various sites and pencil pushers from the office come together to head out to Spectacle Island in the Boston Harbor. There, we are treated to a fabulous barbecue by our wonderful benefactors Paty and Bruce. When that was all set and done we head to to the drumlins to continue an age old tradition....capture the flag.

Initially, I was excited to be on BJ's team, making the claim that we could only be selected together a sort of package deal. Despite much pleading and comparisons to the ginger hockey demi gods the Sedin twins, our request was flatly denied. Despite this though, I quickly went to work for my Captain Sarah, who was used to commanding a top notch squad from her days in the BU Women's Hockey program. It started off slow, I lay shirtless in a ditch fro a solid 10 minutes in hopes of ambushing an enemy player. Finally I realized that is need to no man's land into enemy lines. I was able to give Vinh and Karisha the slip by vaulting through heavy shrubbery but was then doggedly pursued by Latoya. I plunged onward, only stopping for half a second to pry some thorns out of my bare feet. The flag was no where to be seen so I rushed back to help guard our flag from Michelle who decided to embark on her on Long march and try to flank us.

Finally, I was freed from my duties and went on to engineer a daring raid that freed Josette from jail. Then, I saw the flag, lying on the ground in front of BJ. I sidled around him, forcing himself to take several steps back from the flag to check me. This was all that was needed, for Sarah then swooped in and snagged the flag. Quickly sprinting to our territory and handing us victory. We were playing chess while the rest of the were playing checkers.