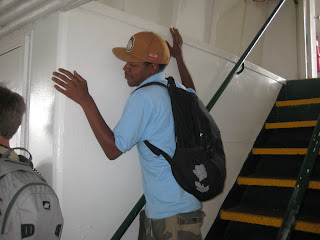 This summer working for Save the harbor/ Save the Bay went by faster than I thought- maybe too fast. I made a lot of new friends and was able to see a lot of new things, some of which I would've never thought possible. It's crazy because this time last year, I probably wouldn't have seen things how I see them now. This was a good thing for me because I learned how to come out of my shell and adjust to new surroundings. I'm thankful that I had the opportunity to work with Save the harbor/ Save the Bay, I learned a lot and I also grew in some ways. Hopefully I will have the chance to work here next year but until then it was nice getting to know my coworkers and the harbor! See you later!