A LOBSTAH?! IN THE HAHBAH?!

Since my classes ended, this week marked my first week working both mornings and afternoons with Save the Harbor! I was excited to begin working with more people and experiencing different sites and activities.

Tuesday marked my first day working at the Children's Museum, and I loved it. First of all, I just love the museum in general, so being able to work at the location was was great experience. Secondly, I was able to bring all of the facts that I either learned or taught at McDonough and incorporate them in the Museum's harbor environment. It was definitely a different atmosphere, since families are constantly coming and going and flooding the boardwalk, but the new atmosphere offered an aura that was both fresh and enthusiastic. Although we had no luck in catching fish, we were able to catch many green and spider crabs, which were a big hit. Also, since I love languages, I was so thrilled that I was able to practice both my German and French at the site; one family from Germany and another from Quebec were both participating in the program! Tres bien!

On Wednesday was my first day on All Access, and I truly enjoyed it. I love Spectacle Island's rich history and beautiful green environment. I tried flying kites with different groups of kids, and I did not realize how bad I was at flying a kite. I mean, I was REALLY bad. One of the groups' counselors came up to me to tell me that the kite was not set up properly, and that I was flying it wrong. Mind you, I was attempting to fly a kite for a good while before the counselor told me this; it explained the strange stares I was receiving from onlookers. Soon though, I mastered the technique and had fun! 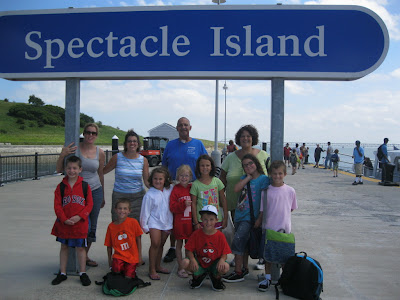 Then today, Thursday, we caught a lobster in a crab trap at the Children's Museum. It was too small to be legal, and it was a boy. After we caught it, we attracted a bunch of attention from curious children hungry for knowledge about an animal they've probably only ever seen in a store.... or on their dinner plate. 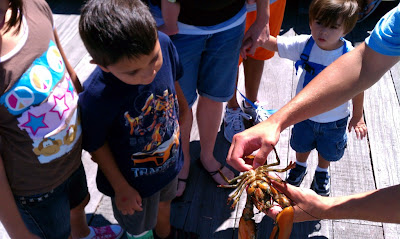 Thanks for a great week!