Rainy Day at the Children's Museum 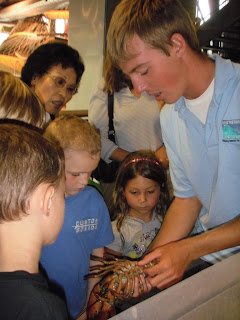 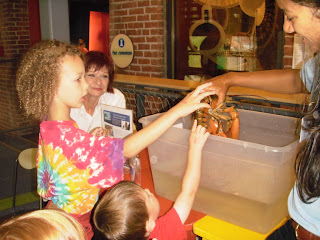 Although yesterday was a rainy day, we were still able to have a great day INSIDE the Children's Museum. Because of the weather, we decided to hold an indoor touch tank exhibit. We had a live lobster for the kids to pick up and learn about. It felt a lot like a beach event! The touch tank attracted a ton of kids too! Everyone that passed by wanted a chance to touch the lobster. It was a big hit! It was really awesome to be able to reach out to even more kids then we usually see. This was the first time I had ever done a touch tank inside the museum and I was glad it went so well. In the future, this might be a cool thing to have in addition to the fishing and crabbing outside. I would definetely say we made the most of a bad weather day.