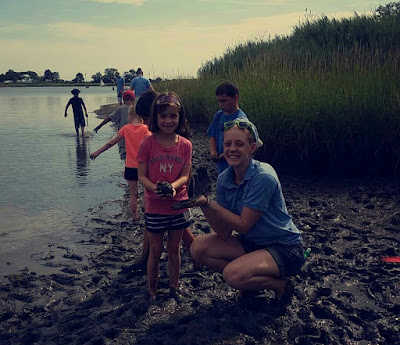 
Hello again!
Today we started off with a little nature walk along the water on the search for clams (until Jamie got stuck in what the kids called "quicksand," because she was sinking,) but Carolyn discovered that it was clay. We started walking into the patch of clay like a family of ducklings, and Carol suggested sculpting clay balls. I was on the other side trying to catch up with all the action, and soon after that turned into making different shapes of animals and BAM! We all became artists, just like that! It was very interesting knowing that each child wanted a different animal such as a sea star, a whale, a hammer headed shark, and so much more. I felt like each animal described their personality, you know? Like a hammer-head shark meant bravery or a starfish meant beautifully courageous, but maybe that's just me. I had the best time! Even though I was there for a couple of hours, it felt like a century of fun! So much fun for such a small activity, but the kids kept it going with fresh ideas. Can't wait to write about Blacks Creek again! 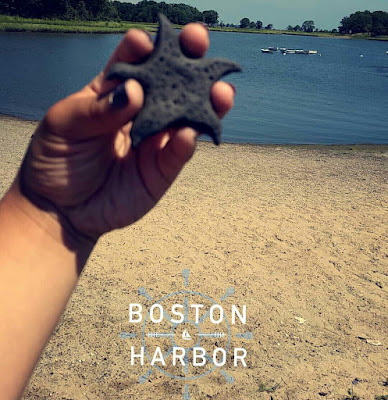 Jesse loved camp today and his starfish is looking great! Thanks for providing such an enriching experience for Quincy's youngsters!